If you have tested positive for COVID with a home kit, please do not come to MMC’s Urgent Care Plus or Emergency Department for additional confirmatory COVID 19 testing. Stay home and quarantine.
In This Section

The Maine Medical Center (MMC) Department of Radiology has a tradition of leadership in residency training. The MMC Diagnostic Radiology (DR) Residency Program was established in the early 1950s as one of the first graduate medical education programs in the hospital. The first interventional radiology (IR) resident clinic in the United States was founded at MMC in 2008. Established in 2016, the MMC Integrated Interventional Radiology Residency Program was among the first 12 such programs accredited by the Accreditation Council for Graduate Medical Education (ACGME). The MMC DR and IR programs remain the only radiology residencies in the state of Maine today.

Maine Medical Center has a long tradition of medical training. It is a 637-bed, non-profit, tertiary referral center, and it is the largest medical center in northern New England. It has been educating physicians since it was founded in 1874 as Maine General Hospital, the first general hospital in the state. Maine Medical Center remains Maine’s only Level I Trauma Center today. Maine Medical Center is also Maine’s only academic medical center, supporting over 240 residents and fellows in several residency and fellowship programs, all approved by the ACGME. With a referral base of over 1.4 million people throughout Maine and eastern New Hampshire, there is incredible diversity in patients and pathology.

The MMC Integrated IR Residency Program faculty consists of over 40 radiologists, nearly all fellowship-trained, including 8 interventional radiologists and 1 endovascular surgical neuroradiologist. There are 3 IR advanced practice providers. With only 1 IR resident per year, the program is small enough that the residents are intimately involved with procedures, and the clinical teaching is one-on-one with the faculty members. In addition, faculty and residents get to know each other quite well. The varied, practical clinical experience at MMC prepares residents well for their careers in IR.

The program is located in Portland, the largest city in the state of Maine. Portland is a historic seacoast town with a funky vibe, working waterfront, hundreds of galleries and unique shops, and award-winning restaurants. Portland has been ranked “America’s Foodiest Small Town” by Bon Appetit in 2009, “America’s Most Livable Cities” (No. 1) by Forbes in 2009, “The Coolest Small Cities in America” by GQ in 2010, “Best Cities for Young Professionals” (No. 6) by Forbes in 2011, “America’s Best Cities for Hipsters” (No. 5) in by Travel + Leisure in 2012, “The 15 Most Underrated Cities in the U.S.” (No. 8) by Complex in 2013, “16 Best Places to Live in the U.S.” (No. 13) by Outside in 2014, “The 10 Best Places to Live Now” (No. 3) by Men’s Journal in 2015, and “America’s Coolest Small Towns” (No. 5) by Jetsetter in 2015. Portland has been dubbed “The San Francisco of the East” for its cultural diversity and abundance of restaurants. Outside of Portland, Maine’s famous rocky coast, numerous islands, sandy beaches, unspoiled lakes, and majestic mountains offer limitless outdoor activities, such as swimming, surfing, hiking, camping, bicycling, kayaking, canoeing, snowmobiling, fishing, skiing, and so much more. Come do your residency in Vacationland!

History of IR Residency at MMC

The IR specialty was founded in the early 1960s by Charles Dotter, MD, who invented angioplasty and the catheter-delivered stent, which were first used to treat peripheral artery disease. However, the procedural domain of IR has increased dramatically since then. Furthermore, clinical care has become an integral and essential part of interventional care. Therefore, the traditional one-year fellowship in Vascular and Interventional Radiology (VIR) following one year of clinical internship and four years of DR residency was deemed no longer adequate. Fortunately, in February 2012 the American Board of Medical Specialties (ABMS) recognized IR as a distinctive specialty in medicine, noting that IR practitioners have unique expertise in three areas that mark the domain of IR – diagnostic imaging, image-guided procedures, and patient care. The ACGME sanctioned the formation of a new IR residency program in 2013, and subsequently approved the program requirements on September 28, 2014. Three pathways were endorsed: (1) integrated IR residency, which entails one year of clinical internship followed by five years of IR residency; (2) independent IR residency, which involves two years of IR residency after one year of clinical internship and four years of DR residency; and (3) Early Specialization in Interventional Radiology (ESIR), which consists of one year of clinical internship followed by four years of DR residency with an emphasis on IR during PGY-5, followed by one year of independent IR residency. During an integrated IR residency, the first three years highlight DR, and the last two years feature IR. The integrated IR residency is the desired dominant training pathway for IR according to the ABMS, ACGME, American Board of Radiology (ABR), and Society of Interventional Radiology. The first eight integrated IR residency programs were accredited by the ACGME in the fall of 2015, and initially participated in the 2016 National Residency Matching Program (NRMP) match for a 2017-22 residency. The MMC Integrated IR Residency Program was accredited in the spring of 2016 as one of the first 12 such programs, and initially participated in the 2017 match for a 2018-23 residency. The first match for independent IR residencies was in 2019 for a 2020-22 residency. The last VIR fellowship match was in 2018 for the final 2019-20 fellowship year.

Although MMC has had a DR residency for greater than 60 years, it never had a VIR fellowship. This enabled MMC DR residents to be intimately involved with procedures and earned the DR residency a reputation as one of the top training programs in the country for preparation for VIR fellowship. Historically, greater than 25 percent of our DR graduates chose to pursue IR! When the sunset of VIR fellowships on June 30, 2020, was announced, we chose to develop an integrated IR residency at MMC in order to continue our long tradition of robust IR training in the new paradigm.

Message from our Program Director

Welcome to the MMC Integrated Interventional Radiology Residency Program website! If you wish not to define yourself by organ system or pathology, desire to work with physicians from all specialties, enjoy caring for patients who are too sick for other any other therapy, and like to rely upon your innovative problem-solving skills, IR may be the right specialty for you!

When I interviewed for my first job here after completing VIR fellowship, I had never been to Maine or even New England before. The only Portland that I had heard of was in Oregon (which actually is named after Portland, Maine). However, I was so impressed by the IR group at MMC, the city of Portland, and the state of Maine, that I declined several competing job offers at esteemed academic institutions in large urban centers in order to move here all the way from my hometown of Chicago. Maine Medical Center is truly unique, filling a dual role as both a community hospital and a tertiary referral center. It is also Maine’s only academic medical center and Level I Trauma Center. The large referral base, which includes not only all of Maine but eastern New Hampshire as well, presents an incredibly diverse patient population in addition to a comprehensive array of IR procedures that rivals the major academic institutions. Yet, the camaraderie and attention to work-life balance are more commonly seen at much smaller community hospitals. The combination of a strong IR program and outstanding quality of life makes the MMC Integrated IR Residency Program the ideal place to train.

Portland was a hidden gem when I moved here in 2007. It was a quintessential quaint New England seacoast town with the urban sophistication of a large city. Since then, as the sampling of “Best of” lists above attests, everyone from hipsters to retirees has discovered that Portland is a top destination. So make Portland your destination, and experience IR residency the way life should be.

Message from an IR Resident

My interview experience at Maine Medical Center (MMC) felt somewhat like a homecoming as I had spent a month-long elective rotation in the Department of Radiology in the fall prior to interview season. Over this period of time, I gained a true sense of the culture of the program. From the technologists to the nurses to the residents, everyone in the department was genuinely happy. This translated into a collegial working atmosphere between the residents, departmental staff and attending radiologists. The residents benefitted from the lack of fellows and were intimately involved in all types of procedures and studies from day one of residency. I knew that I would thrive in this type of setting where resident education takes precedence. MMC offers a unique training environment in that it combines the resources of a large, academic teaching hospital with the nurturing feel of a community hospital. As a tertiary referral center and the only Level One Trauma Center for the entire state of Maine, residents are exposed to tremendous case variety and volume.

After rotating through the Interventional Radiology (IR) Section, I realized just how special the IR training is at MMC. All of the attending interventional radiologists trained at top-tier institutions, and they each bring with them their own depth of experience. More importantly, they all are committed to empowering their residents to reach their own personal and career goals. Those interested in the IR/DR pathway at MMC benefit from unparalleled autonomy, one-on-one mentoring and world-class instruction under the new training paradigm. Subsequently, I held every program that I would visit in the coming months to the standard that MMC had set.

I came well prepared to my interview, as I had been on over a dozen interviews up to that point. In spite of this, I still felt a bit anxious since, based on my experience, I knew that the program would be my number one choice. However, everyone involved with the interview day set all of the applicants at ease. The interview day was extremely well organized due to the hard work of the program coordinator. All of my interviewers knew my application thoroughly and were eager to learn more about me. The interview experience at MMC met all of my expectations.

Portland itself is an amazing place to live and work. I remember flying into Portland for my interview and seeing the rocky coast and sailboats dotting the shoreline. It almost seemed surreal that one could live and train in a place so beautiful. Portland offers big-city amenities while maintaining the majestic feel of a seacoast town. The city offers endless, world-class restaurants as well as award-winning breweries. I cannot think of a better place to spend my years of residency, learning, growing and enjoying everything Portland has to offer.

Hear more about our exceptional program and who we are from Program Director Joseph Gerding, MD along with current faculty and residents.

We are Northern New England's Premier Teaching Hospital. Find out what it’s like.

Life is good here! Find out why.

It's important to take good care of yourself during post-graduate training so you can fully fully participate in your education and patient care. View wellness resources and resident/fellow support programs.
View Resources

Memorial reduces vaccine clinic to one day per week
The Memorial Hospital COVID-19 vaccine clinic will close on Tuesdays beginning the week of January 31. The clinic will remain open on Wednesdays from 8:00 a.m. until 4:00 p.m., accepting appointments and walk-ins.
Read More 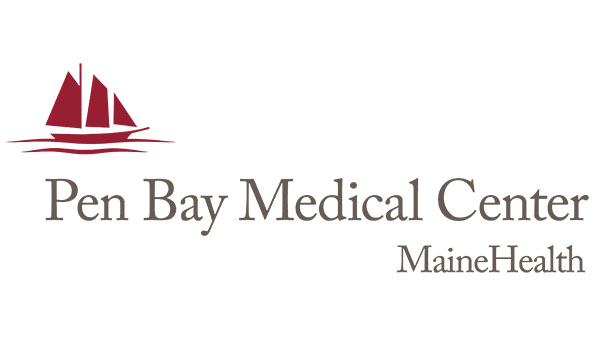 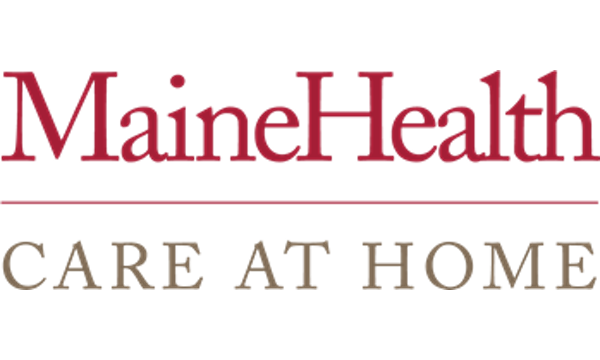