NORTH CONWAY, NH -- It’s in the news today now more than ever. Outbreaks of diseases like Whooping Cough and Measles are occuring in greater frequency. And that’s not news that Memorial Hospital pediatrician Wenda Saunders, MD, likes to hear. By adhering to evidence-based vaccination schedules, today’s families do no need to suffer through diseases long managed through vaccines.

Despite the fact that numerous studies have found no evidence to support the notion that vaccines cause autism and other chronic illnesses, a growing number of parents are refusing to vaccinate their children. People actively choosing not to vaccinate are helping diseases once largely relegated to the pages of history books — including measles — make a comeback in cities across the nation, according to the Centers for Disease Control and Prevention.

Dr. Saunders is passionate about the importance of childhood vaccines and consistently exceeds quality goals around vaccination rates. Since joining Memorial earlier this year, Dr. Saunders has taken a leadership role around vaccinations, conducting learning sessions with clinical staff and working to define standard vaccination schedules for all pediatric patients. She believes that Memorial’s recent move to the Epic electronic health record system will help to ensure children receive the proper vaccines to protect from childhood illnesses.

Dr. Saunders encourages parents to ensure their children receive vaccines, including the one for influenza. “Last year, 185 kids died of influenza nationwide. Out of them, 80% were unimmunized, and 49% were previously healthy kids without other complicating health factors.”

According to MaineHealth.org, routine immunizations are one of the most important parts of pediatric care because they are the safest and best way to protect young children and teens from 16 diseases:

All children under the age of 19 can be vaccinated at little or no cost to their families under the Universal Childhood Immunization Program. Protecting children from these diseases helps prevent serious illnesses and death, and helps avoid missed days from school or work. Children who are fully vaccinated also support the health of our whole community by protecting other children and adults who are too young or sick to get vaccines.

Part of the battle against these diseases is the onslaught of misinformation about vaccines on the Internet. Dr.Saunders emphasizes the importance of working with your child’s primary care provider if you have questions about vaccinations, and not relying on unreliable sources. She shares these top myths about vaccines:

Myth #1: Vaccines cause autism
The widespread fear that vaccines increase risk of autism originated with a 1997 study published by Andrew Wakefield, a British surgeon. The article was published in The Lancet, a prestigious medical journal, suggesting that the measles, mumps, rubella (MMR) vaccine was increasing autism in British children.

The paper has since been completely discredited due to serious procedural errors, undisclosed financial conflicts of interest, and ethical violations. Andrew Wakefield lost his medical license and the paper was retracted from The Lancet.

Myth #2: Infant immune systems can’t handle so many vaccines.
Infant immune systems are stronger than you might think. Based on the number of antibodies present in the blood, a baby would theoretically have the ability to respond to around 10,000 vaccines at one time. Even if all 14 scheduled vaccines were given at once, it would only use up slightly more than 0.1% of a baby’s immune capacity.

Myth #3: Natural immunity is better than vaccine-acquired immunity.
In some cases, natural immunity — meaning actually catching a disease and getting sick– results in a stronger immunity to the disease than a vaccination. However, the dangers of this approach far outweigh the relative benefits. If you wanted to gain immunity to measles, for example, by contracting the disease, you would face a 1 in 500 chance of death from your symptoms.

Myth #4: Vaccines contain unsafe toxins.
People have concerns over the use of formaldehyde, mercury or aluminum in vaccines. It’s true that these chemicals are toxic to the human body in certain levels, but only trace amounts of these chemicals are used in FDA approved vaccines, and many vaccines have none at all.

Myth #5: Vaccines aren’t worth the risk.
Despite parent concerns, children have been successfully vaccinated for decades. In fact, there has never been a single credible study linking vaccines to long term health conditions.
As for immediate danger from vaccines, in the form of allergic reactions or severe side effects, the incidence of death are so rare they can’t even truly be calculated. For example, only one death was reported to the CDC between 1990 and 1992 that was attributable to a vaccine. The overall incidence rate of severe allergic reaction to vaccines is usually placed around one case for every one or two million injections.

Myth #6: Vaccines can infect my child with the disease it’s trying to prevent.
Vaccines can cause mild symptoms resembling those of the disease they are protecting against. A common misconception is that these symptoms signal infection. In fact, in the small percentage (less than 1 in one million cases) where symptoms do occur, the vaccine recipients are experiencing a body’s immune response to the vaccine, not the disease itself.

Myth #7: We don’t need to vaccinate because infection rates are already so low in the United States.
Thanks to “herd immunity,” as long as a large majority of people are immunized in any population, even the unimmunized minority will be protected. With so many people resistant, an infectious disease will never get a chance to establish itself and spread. This is important because there will always be a portion of the population – infants, pregnant women, elderly, and those with weakened immune systems – that can’t receive vaccines.

Vaccines are one of the great pillars of modern medicine. Life used to be especially brutal for children before vaccines, with huge portions being felled by diseases like measles, smallpox, whooping cough, or rubella, to name just a few. Today these ailments can be completely prevented with a simple injection.


Dr. Saunders received her education at Boston University, and her pediatric internship and residency at Boston City Hospital. She was chief of Medical Staff for Bridgton Hospital from 2016-18. Those interested in having Dr. Saunders as their family’s pediatrician can call 603-356-5472 or learn more at www.memorialhospitalnh.org/primarycare. 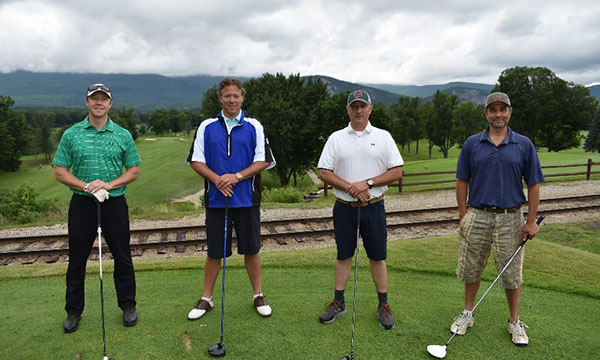 Memorial Hospital Welcomes New Primary Care Physician with a Specialization in Rural Health
Like many during the coronavirus pandemic, Dr. Peter Murphy, left the city for the mountains. Dr. Murphy, a new primary care physician at Memorial Hospital, he says he “always wanted to come back to rural medicine.”
Read More 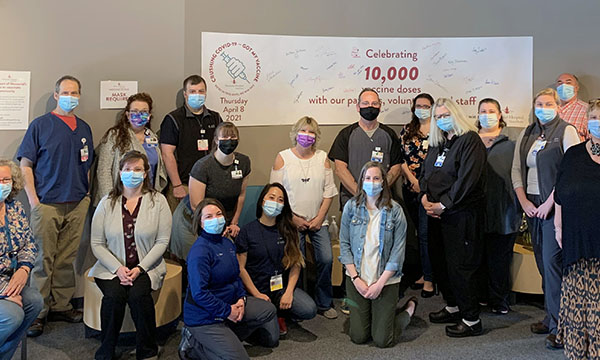 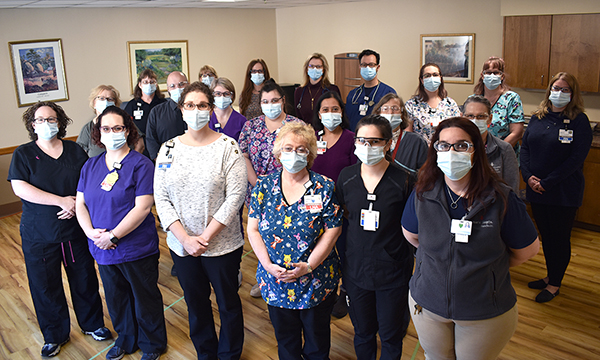 High Scores for Merriman House in Recent State Survey
The residents and staff at Merriman House at Memorial Hospital are celebrating a deficiency free survey from the New Hampshire Department of Health and Human Services (DHHS).
Read More 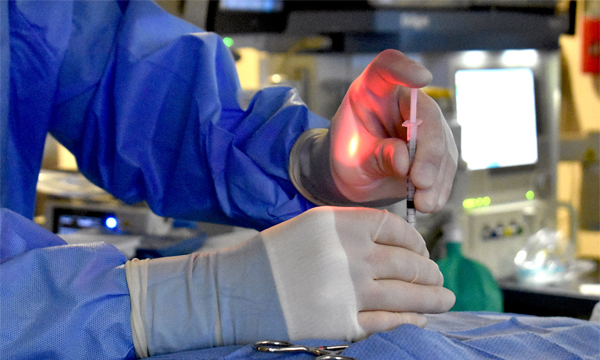 Memorial Hospital’s New Winter Challenge Encourages Outdoor Activity for Students and Teachers
February was a flurry of outdoor activity for our local schools who participated in the WinterGames sponsored by the Memorial Hospital Let’s Go! program.
Read More