Alexander Iribarne, M.D., M.S., cardiac surgeon and director of cardiac surgery research at DHMC, will serve as the overall principal investigator, along with co-principal investigator Robert Kramer, M.D., director of research and quality improvement in the division of cardiothoracic surgery at MMC. The grant, “Advancing Cardiothoracic Surgical Trials in Rural Health Populations,” also provides funding to help train a new generation of clinical and implementation science researchers at both DHMC and MMC.

“Both DHMC and MMC share a strong commitment to improving population health,” said Dr. Iribarne. “This grant will provide opportunities to bring innovative cardiovascular therapies and clinical trials to our rural patients with high rates of cardiovascular disease.”

DHMC and MMC enter this grant as Linked Clinical Research Centers to support the NIH Cardiothoracic Surgical Trials Network (CTSN). CTSN was established in 2007 to create an infrastructure for conducting major clinical trials in cardiac surgery. Over the past 12 years, the CTSN has grown to include more than 40 major academic medical centers across the United States and Canada, and more than 20 hospitals in Europe, resulting in research findings that have changed clinical practice. Only five linked clinical centers were selected from a highly competitive application process for this seven-year grant.

The grant will have a significant impact on rural cardiac surgery patients in Maine and New Hampshire, states with the oldest populations in the nation, according to the most recent U.S. Census data. Maine is also the state with the highest percentage of its population living in rural or non-metropolitan areas. People residing in rural areas of northern New England often have higher-than-average rates of cardiovascular disease. This high cardiovascular disease burden, coupled with challenges in access to care, often contribute to a shorter life expectancy for patients in rural areas compared with those in metropolitan areas.

“The evidence-based medicine of today is the research of yesterday,” Dr. Kramer said. “This grant allows us to tap into a network of clinical trials that are being performed across the country, and will improve the access our rural populations have to high-quality care.”

The grant also provides funding to train the next generation of cardiovascular clinical researchers in late-stage translational research, through a Clinical and Implementation Research Skills Program (CIRSP). The CIRSP program will provide junior faculty and fellows from DHMC and MMC with comprehensive didactic training and mentored research, and will also provide funding for the education and training of national scholars drawn from populations traditionally underrepresented in clinical research.

“The CIRSP program will be a valuable resource for young surgeons from MMC and DHMC who wish to engage in clinical research,” said Doug Sawyer, M.D., co-investigator on the grant and MMC’s Chief Academic Officer. “As doctors, we always want to move towards providing the most up-to-date treatments for our patients, and building our research capabilities is an important way to do that.”

“This prestigious award provides the resources for our two institutions to work closely together as we seek to discover novel and innovative therapies to improve the cardiovascular health of our communities,” said co-investigator Mark Creager, M.D., director of the Heart and Vascular Center at Dartmouth-Hitchcock.

According to the Centers for Disease Control and Prevention (CDC), one in every four deaths in the United States is attributed to heart disease each year. The CDC reports almost half of Americans have at least one of the three biggest risk factors for heart disease: high blood pressure, high low-density lipoprotein (LDL) cholesterol and smoking.

DARTMOUTH-HITCHCOCK (D-H), New Hampshire’s only academic health system, serves a population of 1.9 million across New England. D-H provides access to more than 1,500 primary care doctors and specialists in almost every area of medicine, delivering care at its flagship hospital, Dartmouth-Hitchcock Medical Center (DHMC) in Lebanon, NH. DHMC was named in 2018 as the #1 hospital in New Hampshire by US News & World Report, nationally ranked in gynecology, and recognized for high performance in 14 clinical specialties. Dartmouth-Hitchcock also includes the Norris Cotton Cancer Center, one of only 49 NCI-designated Comprehensive Cancer Centers in the nation; the Children's Hospital at Dartmouth-Hitchcock, the state’s only children’s hospital; affiliated member hospitals in Lebanon, Keene, and New London, NH, and Windsor, VT, and Visiting Nurse and Hospice for Vermont and New Hampshire; and 24 Dartmouth-Hitchcock clinics that provide ambulatory services across New Hampshire and Vermont. The D-H system trains nearly 400 residents and fellows annually, and performs world-class research, in partnership with the Geisel School of Medicine at Dartmouth and the White River Junction VA Medical Center in White River Junction, VT.

MAINE MEDICAL CENTER (MMC), recognized as a Best Regional Hospital by U.S. News and World Report for 2018-2019, is a complete health care resource for the people of Greater Portland and the entire state, as well as northern New England. Incorporated in 1868, MMC is the state’s largest medical center, licensed for 637 beds and employing nearly 8,700 people. MMC's unique role as both a community hospital and a referral center requires an unparalleled depth and breadth of services, including an active educational program and a world-class biomedical research center. As a nonprofit institution, Maine Medical Center provides nearly 23 percent of all the charity care delivered in Maine. MMC is part of the MaineHealth system, a growing family of health care services in northern New England. For more information, visit www.mmc.org. U.S. News & World Report Names MMC ‘Best Regional Hospital’ for Ninth Straight Year
U.S. News & World Report has named Maine Medical Center (MMC) as the best hospital in Maine for 2021-2022. It is the ninth consecutive year that the hospital has been named as a “Best Regional Hospital.” MMC also was recognized as “high performing” in 13 common procedures and conditions included in the annual survey of U.S. hospitals.
Read More

MMC Launches $150 M Capital Campaign with Record $25 M Philanthropic Gift
MMC will name its new Congress Street tower the Malone Family Tower in recognition and appreciation of the gift from John and Leslie Malone to the hospital’s capital campaign, ‘The Next 150.’
Read More 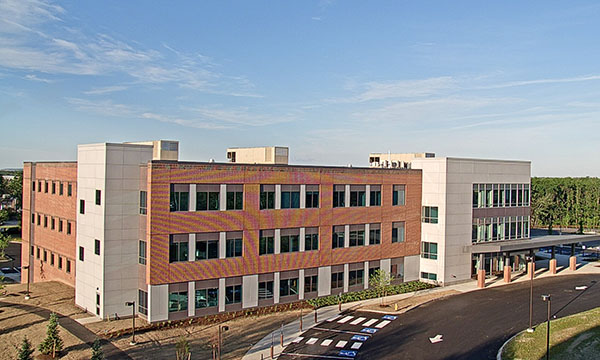 MaineHealth closes Scarborough Downs clinic
More than 6 percent of the total vaccinations in the state of Maine have occurred at the clinic thanks to the efforts of MaineHealth care team members and community volunteers.
Read More