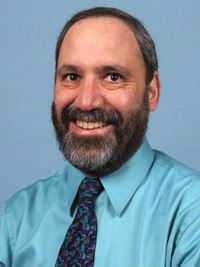 According to the American Psychological Association, to date, the prevalence of children who either present as gender diverse or identify as transgender is unknown.

There is some existing data from clinical samples of children referred for gender dysphoria.

These studies estimate that 5 to 12% of girls and 2 to 6% of boys exhibit cross-gender behavior.

There is a lot of education to be done for families and the public about transgender and how to support and help children experiencing gender dysphoria.

Maine Medical Partners Pediatric Specialty Care has Northern New England’s only Pediatric Transgender Clinic run by Dr. Jerold Olshan with involvement of a team of specialists who work with children and their families.

Download podcast (.mp3)
Melanie Cole (Host):  According to the American Psychological Association, to date, the prevalence of children who either present as gender-diverse or identify as transgender is unknown. There’s a lot of education to be done for families and the public about transgender and how to support and help children experiencing gender dysphoria. My guest today is Dr. Jerrold Olshan. He’s a pediatric endocrinologist with Maine Medical Partners – Pediatric Specialty Care. Welcome to the show, Dr. Olshan. Tell us a little about what is transgender and what’s the difference between sex and gender?

Dr. Jerrold Olshan (Guest):  Great question and thank you for having me here today. Sex is pretty much what people think sex is. When a baby is born, a baby is either a boy or a girl. Generally, it’s pretty obvious from looking at the external genitalia of the baby and that’s what sex is. You’re a boy or you’re a girl. As it turns out, that gender which is probably much more relevant to humans is how individuals then identify themselves. Let’s take a baby that is born with male genitalia, has an XY chromosome and is a boy, but now at around three or four years of age, the boy really starts not only playing more in a female type role, but as they starts communicating and having discussion sort of really talking away that they identify themselves as a female as well. As they get older, so when they’re approaching the age of puberty, what happens is as they start progressing to puberty, going from being physically a boy to a man, all of a sudden, “Whoa, this isn’t right,” because their brain is identifying themselves as a girl, as a female, and when this puberty starts in the wrong way, it becomes very traumatic for them. That’s the period of time where they develop what’s the medical condition which is gender dysphoria, which is “Whoa, I know that other people think I’m male. I know that down there, I look like a male, but that just isn’t right. In my brain, I’m a female.” Often, you’ll hear kids, like five or six years of age, when you say what do they want for Christmas. “I want to be born again as a boy, like I know I am,” when they’re actually a girl or vice versa. You’ll hear these young kids throw out these statements that just show that there’s this clear biological understanding in their brain that something went wrong.

Melanie:  A lot of times, kids, little boys, want a doll for the holidays. Parents worry, “Oh my goodness. Does this mean that my child is transgender or confused or possibly gay?” Tell parents listening things that they should be looking for and what is the relationship between gender identity and sexual orientation.

Dr. Olshan:  Another great question. No is the answer to the question. No, they don’t have to be worried – for two reasons: One, if it’s true, it’s not the end of the world and these children should grow up fine and be okay no matter how they identify. More importantly, because the vast majority of children will have some experimentation in their mind and in their thought process about gender and will be playing with different gender roles, girls will have some tomboyish activities, boys will have some more “being in touch with their feminine side.” That is totally normal, totally expected and part of normal childhood development. In fact, if you look at children who even have level beyond that, where you would say that they’re gender dysphoric, meaning that they’re really feeling sad that their physical gender doesn’t match how they identify themselves, even in those children, the data shows that more than half of them, when they get to puberty will revert back to being what we call cisgender, or that their gender as an adult is the same as when they are born. So certainly, one shouldn’t make any assumptions when they’re young. What’s really important is to support these children however they’re thinking and however they’re believing and being supportive and understanding, answering questions honestly and letting them develop in the way that they’re programmed and they’re going to develop. The way to have them have their best emotional outcome is to have that supportive environment. Gender identity is, again, how one identifies themselves. I identify myself as a male. I have a male gender identify. Whether I was born as a female or male, that’s my gender identity. As opposed to sexual orientation, sexual orientation is really completely independent. I could be transgender, I could be born as a male, I could see myself as a female, and then I could either be attracted to men or to women. My attraction is going to be an independent way to look at it. The way some people put it is one is when you – and this is a little sarcastic, but it gives the idea – so gender identity is who I go to bed as and sexual orientation is who do I go to bed with. That actually does quite simply give you the difference between those two. Again, they’re separate and they could be independent.

Melanie:  Just because somebody is gender dysphoric or questioning their gender does not mean they’re necessarily a homosexual.

Dr. Olshan:  Absolutely not. In fact, frequently it’s not the case. While it is true that because there’s less understanding among the population about transgender or gender dysphoria, many children who are going to ultimately become transgender or have gender dysphoria, because they’re much more knowledgeable about homosexuality, often they will be questioning that early on in their childhood and even during early adolescence. Then as they become more aware of the terminology and often through the Internet where they’re learning more about transgender, they say, “Oh, this is what it is. It’s not who I’m attracted to. That’s not the issue. It’s who I’m seeing myself as. I’m seeing myself as the other sex.” That’s what transgender is. Transsexual is another word that’s often used mixing with transgender and they can actually be interchanged, although some people would say that transsexual means how you are then presenting yourself to the world. Do you have the surgery? Do you take medicines to feminize yourself if you’re a male to female? In fact, you could be transgender and not take any medicines and not do any surgery and you’re still transgender. In other words, let’s use myself as example. If I was born as a boy and I identify myself as a girl, but I decide I know I’m a woman, I know I’m a girl but I’m not going to do anything about it medically, I’m still transgender. It doesn’t involve the medicine. It doesn’t involve the surgery. It’s the diagnosis in and of itself.

Melanie:  That was beautifully put. In just the last few minutes, tell the listeners and parents who are confused or questioning if their child appears to be gender nonconforming, what you can do to help them at Maine Medical Partners and what they should know about how their children are going to have trouble in the outside world and what that support will mean.

Dr. Olshan:  My guess is that parents are going to recognize the child’s trouble as the first issue, whether it’s the child expressing concern to them, whether it’s bullying at school, or whether it’s some other peer interaction that doesn’t seem right, and then they’re going to start to address that as they would any other concern with their child. They may talk to their pediatrician. They may talk to their friends. They may talk to their spouses and they’ll talk to the children. I think as you have that discussion, as you start hearing that gender is an issue, that they’re seeing themselves and they’re concerned about how they’re identifying themselves, like with anything else, education becomes very helpful. Whether you’re going to use the Internet at that point or whether you’re going to use some professional help, it depends on sort of you get your information at first. Certainly, I think a safe and effective way is if you’re dealing with an issue with your child, to talk to your pediatrician who may well refer you to a specialist like us at the gender clinic here at the Barbara Bush Children’s Hospital. We have social workers and psychiatrists and endocrinologists who deal quite frequently with children trying to make these decisions and parents trying to understand how best to support these children. I think this is just one of the many avenues where you could get some support and some learning and some help. Usually, being a loving parent and following along and supporting your child is certainly the start and will get you in the right direction.