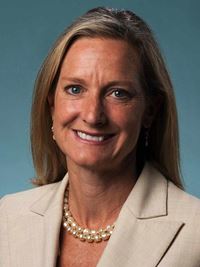 According to the American Congress of Obstetrics and Gynecologists (ACOG), hysterectomy is the second most common surgical procedure in the US.

The trend is moving towards minimally invasive surgery which can result in the same outcome for patients with the least amount of invasion or smallest incision possible.

Dr. Julia Brock, a gynecologist at Maine Medical Center, will discuss this trend and benefits to patients including faster recovery times, less pain, and shorter in hospital stay.

Download podcast (.mp3)
Melanie Cole (Host):  According to the American College of Obstetrics and Gynecology, ACOG, hysterectomy is the second most common surgical procedure in the U.S., and the trend is moving toward minimally invasive surgeries, which can result in the same outcome for patients with the least amount of invasion or smallest incision possible. My guest to tell us about this today is Dr. Julia Brock. She's a gynecologist at Maine Medical Center. Welcome to the show, Dr. Brock. Tell us a little bit about the term “minimally invasive,” as it's becoming more popular. What type of gynecologic procedures can this be used for?

Dr. Julia Brock (Guest):  Good morning and thank you for having me along. Minimally invasive surgery refers to any type of surgery we do through a smaller incision. This became much more popularized with the development of what's termed a total laparoscopic hysterectomy; however, straightforward vaginal hysterectomies can also be termed minimally invasive. In general, what we strive for is to decrease the number of procedures being done as a hysterectomy through a large incision or an abdominal incision.

Melanie:  So, for these different types of procedures, first of all, what are the benefits to a more minimally invasive procedure?

Dr. Brock:  Minimally invasive surgery really allows a woman to get back to her normal life faster. We're talking about incisions that are anywhere between 5 mm and 8 mm in size. That is different than a typical type of incision that you would see, which is like a C-section scar, 8cm to 10 cm long, either in a horizontal or vertical manner. The larger incision leads to a longer recovery time, longer time in the hospital and increased risk of adhesive disease moving forward. We also know that using minimally invasive techniques allow us to have better and more meticulous control of blood supply, and so there's decreased blood loss associated with minimally invasive procedures in general.

Melanie:  Tell us about some of the procedures, Dr. Brock. You mentioned hysterectomy but many women suffer from fibroids or ovarian cysts or infertility; incontinence. They have all of these things. Tell us how about the procedures for these.

Dr. Brock:  So, minimally invasive approaches are available here at Maine Medical Center for treatment of fibroid uterus, treatment of endometriosis, treatment of ovarian cysts.  Approaches that we can offer are either total laparoscopic, laparoscopic assisted vaginal hysterectomy or robotic procedures, in which we provide the same small incisions and, again, a quicker recovery time. Having the robotic platform really does allow us to perform these types of surgeries on women with larger uteruses or women that have had prior abdominal surgeries that might not otherwise be a candidate for minimally invasive procedures.

Melanie:  Women hear hysterectomy and right away go, “Woah!” That's a big, huge deal. But, if you're doing like a cervix-sparing hysterectomy or something, why would you change a total hysterectomy? What would that involve?

Dr. Brock:  So, we, in general, try to avoid doing cervix sparing hysterectomy because of the risk of developing cervical cancer in the remaining cervix. So, the total laparoscopic approach allows us to remove the entire uterus including the cervix and then everything at the end can come out through the vagina, small incisions can be closed. There are some circumstances in which an abdominal hysterectomy is indicated. For example, some types of gynecologic cancers or if a woman has had extensive prior abdominal surgery, sometimes we are unable to offer a minimally invasive approach. But, most women should at least consider that option and speak with someone about whether or not they're a candidate.

Dr. Brock:  Women with ovarian cancer for one--high stage of ovarian cancers—and, again, women who cannot tolerate. In order to do the procedures, we place the women essentially upside down--leaning with their head down. So, if you have any sort of significant lung disease and are unable to stay in that position during surgery, that can be a contraindication. In addition, extensive abdominal surgeries, bowel surgeries, things like this can make you not a candidate. But, because we have so many outstanding techniques, it's really worth at least asking the question, “Am I a candidate for this? Is this something I could consider doing?” If your doctor has told you that you need to have an abdominal hysterectomy.

Melanie:  Now, many women suffer from things like pelvic pain but we're never sure why--so many of us. You’re a , Dr. Brock. What are some of the most common causes of pelvic pain and might this be something that could help with that?

Melanie:  What about--and I know this is a little bit off topic, but urinary incontinence? So many women suffer from this. With these types of surgeries, does that increase that incontinence if someone has a hysterectomy? Does that make them more likely or have a weaker pelvic floor?

Melanie:  So, what do you tell women that ask you about incontinence?

Dr. Brock:  If women have incontinence before they're going to have a hysterectomy, we usually recommend that they're evaluated to make sure that they don't have incontinence that could be treated surgically at the same time of the hysterectomy. Most women who I see for hysterectomy have had problems with bleeding, pain, fibroid uterus, and, really, they are generally benign conditions. So, it's what we call more elective procedures. But, usually, I will council a woman that if her uterus, or her pain, or her fibroids, or her bleeding are interfering with her quality of life such that she's unable to live life the way that she wants to, then surgical approaches maybe appropriate for her.

Melanie:  Tell us a little bit more about fibroids. Many women suffer from these. Do we always need to have them removed?

Dr. Brock:  That is a very good question. It's actually been in the news quite a bit lately. Most fibroids, about a third of women will have a fibroid uterus, which is a benign tumor of the muscle wall. No, you do not need to have all fibroids removed. In fact, most of the time, if women do not have symptoms from the fibroids, we will continue to expectantly manage them, following them with ultrasound or pelvic exam unless a woman develops symptoms. The fibroids that we do end up removing are fibroids that are growing in size, causing increase in pain or symptoms of pressure or having significant vaginal bleeding, which we cannot control with medications. Even with minor symptoms in fibroids, we usually do try a medical approach first and resort really to surgery only if those options have failed.

Dr. Brock:  In general, we can tell on pelvic exam if a woman's uterus is enlarged. That's usually how we assess from year to year, especially if you're seen the same gynecologist, it could be helpful because they will be familiar with your pelvic exam.  Some women who, perhaps, are a little bit overweight, it could be more difficult to feel the uterus and in those women, sometimes we will get an ultrasound. For women themselves, the things that would make you suspect that you had fibroids would be increasing sense of pain or pressure, heavy periods that really were interfering with your ability to live your life and cramping associated with your period. Any of those things could be evaluate by ultrasound and that would be the way that we would form the diagnosis.

Melanie:  Those are such great information. In just the last few minutes, Dr. Brock, give women your best advice on minimally invasive gynecologic surgeries and why they should come to Maine Medical Center for their care.

Dr. Brock:  So, minimally invasive surgery really offers a much faster recovery process for women that need to undergo a hysterectomy. It allows small incisions, quicker recovery time, less blood loss and overall decreased pain and return to normal functioning of life. At Maine Medical Center we offer robotic technologies which have really advanced the capability of minimally invasive surgery so that now we can take care of women who've had prior abdominal surgeries and fibroid uteruses through small incisions. Maine Medical Center really is a perfect place to come because we have that robotic technology and because we can offer laparoscopic and laparoscopic-assisted hysterectomy as well. We have surgeons that could counsel regarding each of these options to figure out the right option for you.