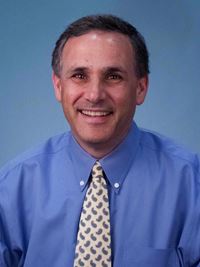 Maine has the 5th highest exemption rate in the US for childhood vaccination according to the CDC.

The debate on the effectiveness and safety around vaccinations continues to be a hot topic, especially with recent outbreaks of measles.

Board certified Maine Medical Partners Pediatrician, Jonathan Fanburg, M.D. will discuss the importance of vaccinations and their safeness for children.

Download podcast (.mp3)
Melanie Cole (Host):  Maine has the fifth highest exemption rate in the United States for childhood vaccination according to the CDC, and the debate on the effectiveness and safety around vaccination continues to be a hot topic. It’s so important that you vaccinate your kids. My guest today is Dr. Jonathan Fanburg. He’s a pediatrician with a subspecialty in adolescent medicine at Maine Medical Partners. Welcome to the show, Dr. Fanburg. Tell us a little bit about the importance of vaccinations. People are getting all these mixed messages in the media. Please explain why vaccinations are still continuing to be so important.

Dr. Jonathan Fanburg (Guest):  Vaccines are the most important thing we do. I would give up my stethoscope in a heartbeat if I could only have one choice between a vaccine and my stethoscope because they effectively make a change in a patient’s ability to get certain diseases or avoid certain diseases, and they’re safe and they’re effective. They’re an important aspect of what we do in the world of medicine.

Dr. Fanburg:  Unfortunately, we still do see these diseases in certain parts of the world—rarely, but they do happen, such as polio does happen in third world countries presently. Our biggest fear is it comes back to the United States if we stop vaccinating people the way we do. We see that way with measles. The number of people who get measles has dropped off tremendously. It still happens somewhere in the United States every year, but if you have the vaccine, it’s less likely it can affect you. And if the population is vaccinated, it will keep the frequency of measles very low or hopefully, someday, nonexistent.

Melanie:  Clear up some of the fear. For parents listening, Dr. Fanburg, with vaccinations, there are some that are put together, they start when you’re in the hospital and go all the way up through adolescent, which we will discuss. But people get a little afraid of the amount of vaccines that their children are getting. Why is it so important to stick to that schedule that’s made up?

Dr. Fanburg:  It starts off with it’s a shot in most cases. There’s one vaccine which is nasal, but it’s given by a needle, and it hurts. And that’s fearful to make your kid go through something which you’re okaying, given by a needle. And then the fear also comes out of hearsay. Your friend might say something or you heard something on in the Internet. Whether it was real or not, you might believe that it exists. So, some of the fear is unfounded fear or fear of the unknown. That creates a tremendous dupe on behalf of the protective parent to potentially give a vaccine and potentially have an outcome which might be real or might not be real associated with vaccines. What we know from the data is the vaccines are safe. They test these vaccines for years and years before they put them in the market, and even after they’ve hit the market, they continue to follow their safety profiles, your vaccine adverse reporting system, where any adverse response, whether associated with the vaccine or unassociated, with the vaccine is reported to the National Data Bank.

Melanie:  So really, so many of these are just things that you hear in the media. And if you have questions, discuss it with your pediatrician. That’s where you’ll get the most quality information. Tell us, Dr. Fanburg, about some of the adolescent. You don't think of vaccinations for adolescents, but the HPV is now for boys and girls. Start with some adolescent medicine vaccines that are very important.

Dr. Fanburg:  You’re right. There are fewer vaccines that are given to adolescents, some that are given to little children. But there’s three basic vaccines that adolescents get. They get the meningococcal meningitis vaccine, they get tetanus diphtheria pertussis, which is a booster, and then they get HPV vaccine or human papillomavirus vaccine. For those critical vaccines, human papillomavirus has been in the media quite a bit because it’s a newer vaccine, but it’s not so new. It’s actually been out there for 10 years in practice. It’s been researched for 30 years. We do give the HPV vaccine to both girls and guys, and the reason we do that is because guys are at risk of warts and head and neck cancer just as much as girls, and girls are at risk of cervical cancer as well. And we hope by giving it to everyone, we actually cut the availability of HPV infection way down to the point where people won't get cancer someday. This is the only vaccine which protects against cancer compared to all other vaccines.

Melanie:  When is it most effective to give the HPV vaccine?

Dr. Fanburg:  We start teenage vaccines between age 11 and 13. We hope to finish all three HPV vaccines in that timeframe. We hope to complete one meningococcal meningitis and one tetanus diphtheria pertussis. And then the only other vaccine left for adolescents is a booster meningococcal meningitis vaccine at age 16. I should say, of course, if you think a vaccine is on schedule like you’re supposed to when you’re younger, we try and catch up with any of these vaccines that you might have missed.

Dr. Fanburg:  It’s important for meningococcal in particular because if we think high rated meningococcal -- meningitis occurs in the closed living quarters and dormitories, and that’s important along those lines. For all vaccines, we do try and catch up for any vaccines you haven't received, but you must remember that all these vaccines were studied at appropriate ages, and so we really do recommend people stay on the schedule that’s recommended by the CDC, that they don't vary from the schedule. But for the people who did not seem to get the vaccine for one reason or another, whatever vaccine it might be, we do try and catch up when we have an opportunity later.

Melanie:  What about yearly vaccines, Dr. Fanburg, such as the flu vaccine? Do we give those to our children starting when and going through when?

Dr. Fanburg:  The influenza vaccine given every year starts at age six months and continues on into adulthood. First years, you might get two doses on the first time you get it, and after that, it’s once a year. It’s given as a nasal vaccine or it’s given as a shot, and it’s very effective for what it protects against. The big reason that we give it to everybody in the population is because we’re trying to protect the most vulnerable people, the really young kids or the really old adults. However, we never know who’s going to have the worst outcome from the influenza disease, and so we want to get everybody to get the vaccine. It’s a very safe vaccine and effective.

Melanie:  We’ve heard a lot in the media about measles and the recent outbreak of measles. What would you like to tell the listeners about the measles outbreak and how important this vaccine is for this pretty nasty disease?

Dr. Fanburg:  We know there’s going to be a measles outbreak in the United States somewhere every year, and when it comes to that area, it’s going to hand pick every kid in that area selectively who has not had the disease. And when they get sick, they might get very high fevers and a red rash and cough, and in worst-case scenarios, it can even kill. Fortunately, we don't see this disease as much as we used in the past before the vaccine existed, but it still does occur, and it occurs if there’s high percentage of unvaccinated kids in that area. It’s more likely to have the outbreak in that area.

Melanie:  In just the last minute, Dr. Fanburg, please give your best advice about the importance of vaccine and maintaining that vaccination schedule and why parents should come to Maine Medical Partners for their care.

Dr. Fanburg:  We want you to be healthy as we can get you, and this is the best tool I have to keep you healthy. I don't see diseases that I trained on when I was in residency just because the vaccines exist. We think it’s a piece of your care along with Well Child visits and the other pieces that occur during the office physical exam. That’s really important to stay on top of the vaccines. If I was going to choose one thing I did for a patient, it would be to make sure they get what they need, and that’s the vaccines to protect them and stay healthy.