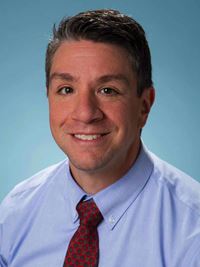 Dementia is a syndrome that affects 47.5 million people worldwide, and a new case is diagnosed every 4 seconds.

Caring for loved ones with dementia can be overwhelming physically, emotionally and financially.

With education and advocacy, the quality of life for people with dementia and their caregivers can be greatly improved.

Richard T. Marino Jr., MD is here to discuss Dementia and how you can help those around you stay safe.

Download podcast (.mp3)
Melanie Cole (Host):  Dementia is a syndrome that affects 47 million people worldwide and a new case is diagnosed very four seconds. Caring for loved ones with dementia can be overwhelming physically, emotionally and financially but with education and advocacy, the quality of life for people with dementia and their caregivers can be greatly improved. My guest today is Dr. Richard Marino. He’s a geriatrician with Maine Medical Partners and the Director of the Nursing Home Division. Welcome to the show, Dr. Marino. So, the first question everybody always wants to know:  Is it dementia or is it Alzheimer’s?  What is the difference and how do we know that difference?

Dr. Richard Marino (Guest):  Hi. Well, thanks, for having me today. It’s my pleasure to be here. That’s actually a very good question. A lot of times you hear people using those two words interchangeably and Alzheimer’s disease is actually a type of dementia. Dementia is really a syndrome of memory loss, other cognitive loss and in a setting of having functional loss as well. For instance, you’re having problems with short-term memory. You might be having problems with language but you’re also having trouble taking care of yourself or doing your normal activities that would allow you to be able to function normally in the community. Alzheimer’s disease is a type of dementia that has specific characteristics in terms of findings of deficits. It has very specific pathologic findings in the brain. Now, there are many other diseases that are also types of dementias but have different findings. They cause different types of cognitive problems; different types of memory problems; their disease course is very different in terms of how they progress and how they change--what the symptoms are that you see. It poses a unique set of problems to be able to predict what symptoms patients might have and to try to anticipate changes in what’s going to happen to best be able to take care of them.

Melanie:  Is dementia a natural occurrence with age?  Is it hereditary if your parents got dementia in their 80s or 90s? Is this something that just naturally occurs with age or not in everyone?

Dr. Marino:  A lot of people believe that memory change with age is actually normal. The reason for that is because it’s very common. As people age, the incidence of dementia increases. So, as you get older there’s a stronger likelihood that you might develop memory problems or dementia. There are hereditary components to it. There are patients that develop early onset Alzheimer’s disease and there are known chromosomes that are involved with this. There are different types of other abnormalities that may be more prone in families that may put you at risk for having cognitive impairment.  For instance, vascular dementia is a very common type of dementia. So, patients that have risk factors of cardiovascular disease, they may not develop Alzheimer’s disease but they might develop dementias that are vascular type dementias. So, there are other hereditary factors that are at play here. There’s also nothing that is said that if you have one type of dementia that you can’t necessarily develop another type of dementia. Sometimes, there’s some overlap of some different diseases that is going on.

Melanie:  Is there a genetic test to help determine if this is something that you can look forward to in later life?

Dr. Marino:  Not necessarily. There are genetic tests that are available that might help to determine if there’s an increased risk of getting Alzheimer’s disease but there’s not necessarily a specific test that says that you will get this disease.  You can think of other diseases that there are specific tests, like for Huntington’s disease. You can have a test to know that you will have Huntington’s disease based on your genetic testing. With Alzheimer’s disease, that’s not necessarily true but there might be a test that says that there is an increased risk of getting it. This is kind of why it’s been so difficult necessarily to develop treatments because a lot of treatments that are available nowadays are targeting people who already have the disease and are probably, from a pathological standpoint, at sort of the later stage of the disease. One of the focuses right now in research is trying to identify these people 20-25 years before they actually have the symptoms of the disease and trying to find out who that is and make drugs to target those patients.

Melanie:  Well, speaking of medications, if someone is diagnosed with Alzheimer’s or dementia, are there some treatments to slow the progression?  What do you do for them?

Dr. Marino:  So, there are two classes of FDA approved drugs for the treatment of Alzheimer’s disease. There are also other indications for using them in other types of dementia. There are the cholinesterase inhibitors and then there is also the antagonist Memantine. The goals of these classes of drugs--the cholinesterase inhibitors, of which there’s a few of those, and Memantine, among others, but that’s the only one--it’s a unique drug in that class of drugs to be able to slow the progression of the disease. Where these are probably most useful are for when patients are actually living at home, living in the community, to try to slow the progression of the disease and to be able to perhaps delay the need for higher levels of care; whether it’s higher levels of care in the home or needing a higher level of care outside, meaning they have to move to an assisted living facility or maybe even a long-term care facility. Some of these patients, you don’t really see a noticeable improvement and the goal is to really try to slow that progression. Every now and then, you put patients on these medicines and you do see some level of improvement but then the decline then starts over time again. The goal is to kind of delay it. These treatments are the best options we have but their clinical effects on how relevant they are, to make a significant difference probably clinically in a patient’s life, are low right now. We are hopeful that better drugs will be coming soon on the market but it’s been difficult because of what I alluded to before--that by the time the patients have the symptoms of dementia, they’ve had it for, sometimes, decades and the disease has already taken a lot of its course. So, being able to actually have treatments targeted before the disease sets in and causes the pathologic changes in the destruction of the brain tissue, the neurons, is really one of the key factors.

Melanie:  Dr. Marino, as Director of the Nursing Home Division, when someone is caring and they are they caregiver for someone with dementia or Alzheimer’s, this is a tough, tough job to be in. I know. I’ve been there myself. How do you help them to make the decision that it’s time to help this person transition to another assisted living area?

Dr. Marino:  The goal always is to try to keep them at home as much as possible, so we try everything we can to kind of support them as long as we can at home; and not necessarily just support the patient by having services for the patient but supporting the caregiver as much as possible. Without these caregivers at home being with the patients with the Alzheimer’s disease or dementia, these patients would be in a long-term care facility or even assisted living facility probably much sooner. So, trying to support them at home as long as possible is critical. We have an outpatient geriatric center which focuses on that. A lot of other institutions around have similar outpatient assessment centers where we’re trying to help keep people at home as long as possible, supporting the patient, anticipating things that might change over time, but supporting the caregiver. Supporting the caregiver might be through something such as having respite, having volunteers come into the home to be able to help out, maybe counseling or being part of just a group therapy that might be available through the Alzheimer’s Association just to be able to kind of understand what other people are going through and being able to support the caregiver as much as possible. Caregiver burden burnout is very high in this population to be able to continue to care for their loved ones at home. So, being aware of what the signs of caregiver burnout are:  not sleeping, not taking care of your own health, having more problems with maybe depression or anxiety in the caregiver, and looking for those red flags to try to help that person continue to care for their loved one at home. Putting someone into a facility, whether it’s a long-term care facility or assisted living,  is one of the most difficult decisions that family members have to do. The longer we can delay it and support that person is in everybody’s best interest.

Melanie:  In just the last few minutes, Dr. Marino, give your best tips for caregivers and trying to spot those red flags of burnout and even depression that can happen with someone who’s taking care of someone with dementia.

Dr. Marino:  If you find yourself getting angry or getting frustrated and being able to identify that in yourself because what, unfortunately, is happening is, their loved one is losing their identity; they’re losing their self and their personality can change and they are no longer able to perhaps hold a conversation. They are asking the same questions over and over again. It can be very frustrating. So, being able to identify your own frustrations in yourself. Another strategy is trying to not get into arguments or conflicts and learning strategies to change the subject, distract and redirect and providing structure to the environment. Having a normal routine can be very helpful to help reduce behaviors or frustrations from occurring. Identifying when you need help, asking other family members for help, asking doctors for help from resources in the community whether, as I mentioned before, it’s attending a group session at the Alzheimer’s Association or maybe arranging for an adult day program for their loved one to attend to allow them to have some time to be able to take care of themselves. If they don’t take care of themselves, that loved one might end up hospitalized or in a long-term care facility a lot sooner than they expected. So, being able to understand your own internal cues and being able to understand that the patient is not being intentional at asking the same things over and over again or changing intentionally. Being able to understand what they’re asking and trying to have an understanding of what the behavior is representing and reshaping your focus.