PORTLAND, Maine - MaineHealth, the region’s largest integrated health system, has selected a physician-executive from Virginia as its next chief executive officer.

“In Dr. Mueller, we get a leader who knows health care from the ground up,” said Greg Dufour, chair of the MaineHealth Board of Trustees. “Having worked as a family medicine practitioner, Dr. Mueller understands what it takes to care for the whole person, and his considerable success as an executive makes him an ideal leader as we pursue our vision of “working together so our communities are the healthiest in America.”

After receiving his medical degree from the University of North Carolina School of Medicine in 1996, Mueller joined the Air Force and completed his residency at the Malcolm Grow Medical Center at Andrews Air Force Base in Maryland, where he was later chief resident in family medicine. From 1999-2003, Mueller was a staff family physician and flight surgeon with the 437th Medical Group at Charleston Air Force Base in South Carolina. Upon leaving the Air Force in 2003, he practiced as a family physician at South Carolina Health Services in Bluffton, S.C., for three years.

Though he remained a practicing physician, Mueller began his career as a physician-executive with Novant Health, a large health care system spanning four states and based in North Carolina. He held roles of increasing responsibility at Novant, culminating with his role as president of Novant’s Greater Charlotte market. In May of 2019 he became the president and chief executive of Centra Health.

“The breadth of his experience was very attractive to us,” said George Isaacson, a member of the MaineHealth Board of Trustees and chair of its CEO search committee. “He knows what it’s like at the practice level and is an extremely competent executive with experience in both a very large as well as smaller health system. Importantly, he shares our belief in the role health systems can play in community health.”

Mueller is expected to start at MaineHealth in late spring. Originally, Caron had intended to retire at the end of the 2020 calendar year, but because of the demands imposed by the global coronavirus pandemic, those plans were delayed so as to maintain stability for MaineHealth during the crisis.

“Bill has been our leader at MaineHealth since its earliest days, and his vision built a health care system that delivers excellent care, every day, and maintains local health systems that meet the needs of their communities,” said Dufour. “The Board of Trustees believes Dr. Mueller will continue that track record of success.”

For his part, Mueller said he found MaineHealth’s commitment to its patients and communities to be an attractive opportunity.

“MaineHealth’s focus on excellent, patient-centered care as well as community wellbeing gives me a chance to lead an organization making a difference in people’s lives every day,” said Mueller. “This is a unique opportunity that was simply too good to pass up.”

MaineHealth awarded $1.5 million by the National Institutes of Health to study long COVID
MaineHealth’s Maine Medical Center Research Institute was chosen as one of more than 30 institutions across the country to participate in the nationwide NIH Researching COVID to Enhance Recovery (RECOVER) Initiative.
Read More

MaineHealth to Require Care Team COVID-19 Vaccinations as Condition of Employment
As MaineHealth seeks to limit the spread of COVID-19, vaccination will be a requirement for employment, with very few exceptions, as of Oct. 1, 2021.
Read More 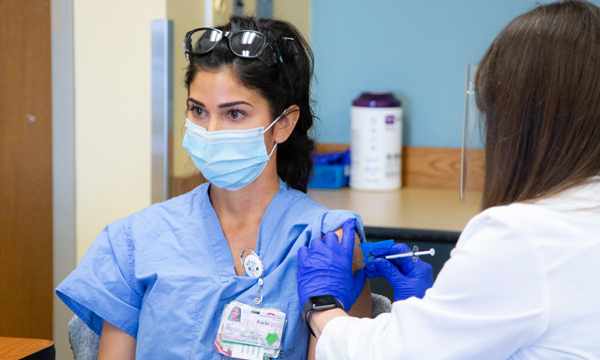