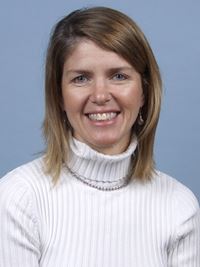 Colorectal cancer is the nation’s second-leading cause of cancer-related deaths and is the fourth most common cancer in Maine; however it is one of only a few cancers that can be prevented.

Through proper colorectal cancer screening, doctors can find and remove hidden growths (called “polyps”) in the colon, before they become cancerous. Removing polyps can prevent cancer altogether. It's much easier than you think!

Screening for Colorectal cancer is simple and not nearly as difficult as most people think!

Know your family history. It may mean you start screening before age 50, or screen more frequently.

Sara W. Mayo, MD is here to discuss Colorectal cancer, and how you can get a simple test to help prevent this cancer.

Download podcast (.mp3)
Melanie Cole (Host):  Colorectal cancer is the nation’s second leading cause of cancer related deaths and is the fourth most common cancer in Maine. However, it’s one of the few cancers that can be prevented. My guest today is Dr. Sara Mayo. She is a colorectal surgeon at Maine Medical Center. Welcome to the show, Dr. Mayo. Tell us a little bit about colorectal cancer, colon cancer and how it can be prevented.

Dr. Sara Mayo (Guest):   Thank you for having me this morning. Colon cancer is a prevalent disease and as you stated in your opening comments it’s one that can be prevented. We are trying to increase the screening rates here in Maine to assist that prevention.

Melanie:  Tell us a little bit about the screening. People are afraid of colonoscopies, Dr. Mayo. I have them every three to five years. They are no big deal. Speak about the ease of this screening and why it’s so important.

Dr. Mayo:  It is extremely important and it’s the best screening tool that we have. The advantage of colonoscopy over other screening tools is that it is not only able to detect but it can also treat. Meaning that at the time of the colonoscopy, if somebody has a polyp, the polyp can then be removed and that’s a treatment process to decrease the potential to form colon cancer in the future. Why some people get colonoscopies and other people choose not to get colonoscopies is a very complicated conversation but it’s one that we’re really trying to increase awareness.

Melanie:  At what age should you get your first colonoscopy?

Dr. Mayo:  We recommend for the general population that your first colonoscopy would be at 50 years old. Part of the barriers to obtaining colonoscopy is multiple; meaning financial barriers, location barriers and awareness barriers. Then, people have made decisions that they don’t necessarily need it or they have heard stories that they are worried about having it.

Melanie:  Now the Affordable Care Act covers colonoscopies as a part of wellness and prevention, I think, and I hope that goes a long way. Tell us about the procedure itself because the prep is one of the things that people are most afraid of.

Dr. Mayo:  It’s true. Regarding taking the steps to schedule a colonoscopy, we feel that there are five or six barriers and that would be avoidance, lack of affordability, people think that because they don’t have symptoms they aren’t necessarily needing it. There are negative connotations. Their doctor hasn’t recommended it. But, once they get over those barriers and are actually moving forward to get the procedure one of the biggest encouragements is to complete the prep because the quality of the prep moves forward with the quality of the actual test. The test itself, for most patients, is extremely well tolerated. Most people after completing it say they wish they had done it earlier if they have delayed the process because they, again, feel as you commented:  really, the actual test itself is not a challenge.

Melanie:  After people are put out, as it were, they go under a light sedation and then they wake up and they say to you, “Dr. Mayo, when are you going to start?” Don’t you hear this all the time and you tell them, “You’re already finished.”

Dr. Mayo:  Exactly. There are two different types of medication or some people choose not to use medication. The test is remarkably safe and the instruments that we use have improved over time and the visualization has improved. The patients come into the hospital or the outpatient center after having done their prep and they meet the physician and they meet the nursing staff.  They have medication either that lets them gently go to sleep or complete anesthesia.  Then, they would have their test performed and then they wake up and typically say, “I can’t believe that it’s done” with every little remembrance of the entire event.

Melanie:  They get pretty little pictures afterwards. If you tell them that they had polyps, explain what a polyp is and give a little background on whether or not this is something they should be afraid of.

Dr. Mayo:  There are multiple different types of polyps and if you had a growth at the time of colonoscopy, that makes it all the more powerful that the test should be performed because the advantage of the test is removing the polyp. A polyp, for the most part, looks like a small growth like a raspberry or an eraser on a pencil. That can be easily removed and safely removed. There are some larger types of polyps that may need to be biopsied or partially removed and then evaluated at a later date. But, if patients have polyps, then we send those to the lab to get them addressed and to find out exactly what type of polyp. Then, the patient would have a follow up letter or conversation with the doctor to then recommend the screening schedule. But, if there are polyps, typically that would change the interval of the screening; either from every ten years to every three or five years appropriately, looking for the growth of new polyps. Not necessarily at the site of the old polyp.

Melanie:  Do polyps grow quickly? People hear three to five years and say, “Well if they took polyps then wouldn’t I need to have one every year?”

Dr. Mayo: The majority of polyps do not grow quickly. This disease is one that is very slow in acquiring the disease and polyps change over time. There are some polyps that grow quicker than others but the majority do not. If we establish what type of polyp growth the patient has, how many polyps they had at their previous colonoscopy and what we call the distribution, meaning where in the colon they are growing, that helps us give strong recommendations for future follow up. It’s somewhat atypical to have to do a colonoscopy the next year.

Melanie: What would send somebody to see you in the first place? What are some red flags?  People hear blood in the stools, Dr. Mayo, but hemorrhoids can cause these things as well.

Dr. Mayo:  That is true and, unfortunately, that can be a confusing symptom. When patients are having blood in the stool and if they have not had a colonoscopy, certainly it’s appropriate to perform a colonoscopy as a baseline. That conclusion of that colonoscopy may indeed be that the symptom was bleeding from hemorrhoids but until we’ve proven that the rest of the colon and rectum does not have any types of growth, that is the recommended treatment; meaning a colonoscopy is the recommended evaluation and, if so, then we can go on and treat the hemorrhoids. In terms of symptoms, this disease is a very silent disease. Polyps for the most part are silent and, actually, colon cancer, for the most part, is silent. That’s why the screening is really powerful because completing the test allows us to look at the colon and evaluate that in detail.

Melanie:  So, in just the last few minutes here, Dr. Mayo, give your best advice about the importance of colonoscopy, the ease of this procedure, the fact that the prep is really not that bad and why they should come to Maine Medical Center for their care.

Dr. Mayo:  This is a prevalent disease and we have the power of preventing it. If we follow through with where we’re at now nationally, we have colonoscopy available for patients and we could continue to lower the rate of colon cancer. The prep, over time, has improved remarkably. The folklore of “because I don’t have symptoms” or “because my doctor hasn’t necessarily recommended it” - if you’re 50 years old or older and have not had a colonoscopy, it’s recommended that you have a colonoscopy. It’s a test that is very available and completed remarkably straightforward for the majority of patients.

Melanie:  Tell us about your team at Maine Medical Center.

Dr. Mayo: We have a fabulous team. We have a wonderful nursing staff, dedicated doctors and throughout our state, we are dedicated to trying to make colonoscopy affordable and available to the majority of residents of Maine, which is a rural state so we are trying to increase awareness to our communities outside of some of the highly densely populated areas.