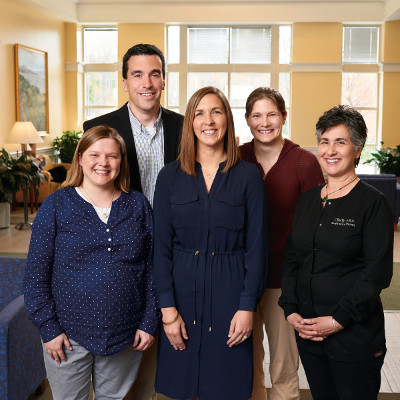 Monica Salamone knew something was wrong. She was talking with her husband about what to prepare for dinner when she felt waves of nausea. She thought she had caught a bug after giving birth three weeks before. She excused herself and walked to the bathroom. Her last recollection of that day is shooing her toddler son out of the bathroom of their Saco home so he wouldn't see her get sick. Then she collapsed.

The next three days would be a fight for her life.

When Monica collapsed, her heart was struggling to beat. Within her chest, the inner layer of the aorta, the large blood vessel branching off the heart, had torn. Blood was surging through the tear, causing the inner and middle layers of the aorta to separate – a very serious and usually fatal condition called an aortic dissection. If the blood-filled inner channel ruptured through the outside aortic wall, Monica would not survive. Even worse, symptoms of an aortic dissection mimic those of other diseases, making it very challenging to diagnose. The steps taken by paramedics and the team at SMHC's Emergency Department (ED) would mean the difference between life and death for Monica.

"When the paramedics called in,  they let us know that the patient was in critical condition," recalls Michael Schmitz, DO, the Emergency doctor who oversaw Monica's care upon her arrival in the ED. "When I spoke with her husband I found out that Monica had a congenital heart issue. An ultrasound showed fluid around her heart. That, together with her history, gave us the vital clues that told us this was an aortic dissection.

"We knew that the next steps we took in preparing her for heart surgery would make the difference as to whether this young mother would survive."

With no time to spare, the SMHC team worked to stabilize Monica so that her body could undergo the stress of the open-heart surgery she needed immediately at Maine Medical Center (MMC). An SMHC nurse accompanied her on the second ambulance trip.

Three days later Monica woke up in MMC's Intensive Care Unit unaware of her ordeal. Scott Buchannan, MD, the cardiothoracic surgeon who performed Monica's operation told her that the team at SMHC, and the paramedics who responded to her husband's 911 call, had done everything perfectly right – and their actions were key to saving her life. 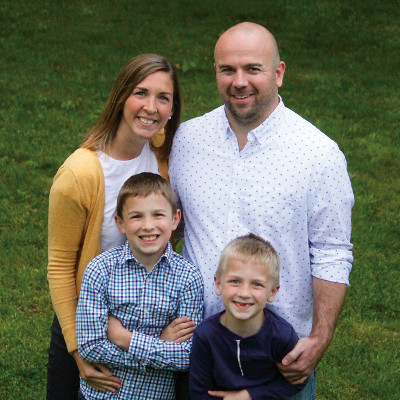 Monica benefitted from a coordinated system of care within the MaineHealth family of providers that is designed to reduce deaths from significant heart issues. Her information was immediately shared with the cardiothoracic surgeon at MMC who stood ready for the surgery, fully aware of the challenge he faced.

"Monica is alive today because of the teamwork and the lifesaving equipment, specifically the portable bedside ultrasound, we have here today," recalls Dr. Schmitz. "We're problem solvers. Our training and teamwork makes us far more efficient. Everything went perfectly because a coordinated system of care is in place."

"I was very lucky," says Monica. "It was crucial I made that stop at SMHC so they could prepare me for the surgery. I would not have survived without the team at Southern Maine Health Care.

"I've been trying to figure out how to adequately express my thanks," she adds. "How do you say thank you for giving you back everything – being a mom, a sister, a daughter – everything? It doesn't seem big enough for what they do. They work all hours of the day and night, away from their families, so that they can be there for me and others. I am eternally grateful."

Photo caption for Monica with her family:
Monica and her husband Chris with their children, Christopher (left) and Logan.