While obstetrics nurses specialize in supporting newborns and their moms, many are prepared to use their skills in the event of a community emergency. In June and early July, three incidences turned LincolnHealth OB Nurses into first responders. Without hesitation, each stepped into challenging and tragic situations and did all they could to care for those in need.

On June 6, Cassidy Fielding, RN, approached a motorcycle accident on Route One near Old Ferry Road in Wiscasset.

“As I drove closer to the scene I could tell there was a bad accident involving at least one truck and one motorcycle and saw civilians attempting CPR,’’ said Fielding. “I could not just pass by and keep driving. I wanted to help.”

Fielding was first on the scene and offered assistance until Emergency Medical Services arrived. According to reports, the crash claimed the life of Alna resident George Christopher.

“I understand that not everyone is able to or even wants to help in an emergency, which is even more reason for me to jump in and help,’’ Fielding said. “It’s most people’s worst nightmare, to be the first responder,” she said. “But I would do it again.”

On June 22, while on vacation, Anne Barron, RN, was two cars behind the accident that claimed the lives of seven Veterans in Randolph, N.H. who were riding motorcycles. She quickly responded, putting tourniquets on the injured and helping until the EMS arrived.

“Basically I was on autopilot just doing what I have been trained to do,’’ Baron said. “I was thankful for my CPR training because I knew that I was doing everything in my power that I could. At least I know I don't have to look back and think that I could have done more.”

In July, Amy Beckett, RN, was vacationing at camp in Appleton and assisted with CPR on a man who suffered a cardiac arrest.

“Instinct just took over,’’ Beckett said. “There was never a questions of whether I would help or not, it was more like, ‘What can I do that will be helpful?’ Even with training, you never think you will have to step into a situation like that. It was heartening to see the collective effort of everyone, even though it was a scary situation.”

Director of Inpatient Nursing, Beth Kessler, RN, MSN, NE-BC, said that she is not surprised by the actions of the nurses.

“We have a great team of nurses at LincolnHealth and they provide excellent care,’’ she said. “It is easy to picture them stepping up and helping when a person is in need. They do that here each day, and it’s not surprising to see them carry that commitment into the community.”

And while this type of emergency care seems far removed from the obstetrics setting, there are some similarities, Baron said.

“We are always focusing on what is happening and at the same time, we have to think and be prepared for the worst-case scenario,’’ she said. “Our patients are going through huge transitions which make them vulnerable to emergencies. It is important to follow our training and just go one step at a time."

About LincolnHealth
LincolnHealth: With campuses in Boothbay Harbor and Damariscotta, Maine, LincolnHealth is a full-service healthcare system and is part of MaineHealth, the largest integrated health system in Maine. 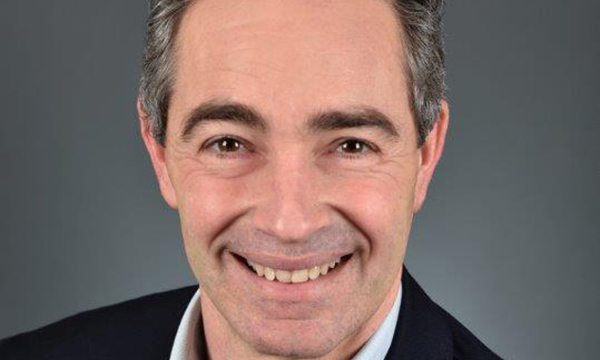 MaineHealth taps Boston Children’s physician with strong information technology background to lead its IT department
Daniel J. Nigrin, MD, is a pediatric endocrinologist who was drawn to the important role that technology plays in delivering world-class health care.
Read More

LincolnHealth President Announces Retirement Date
Jim Donovan, who has been with MaineHealth from its beginning, will depart in March.
Read More

New Infusion Center Open at LincolnHealth
Patients who require infusions and other types of intravenous therapies can now receive them in a newly designed suite.
Read More