In July, Tufts University School of Medicine student Sarah Liu assisted the birth of a baby for the first time with Certified Nurse Midwife Bridget Buck at LincolnHealth. Two weeks later she saw the mother and baby for a follow-up appointment with Dr. Joann Kaplan, a Lincoln Medical Partners pediatrician, and later on she saw the mother at the Women’s Center for her postpartum visit.

If Liu were in a traditional medical school program, she most likely would have never seen those patients again.

The Maine Medical Center - Tufts University School of Medicine (TUSM-MMC) Maine Track Program is designed to allow third-year medical school students like Liu to “follow the patient” as they access care at different points in the healthcare system over a nine-month period. In a more traditional curriculum, students focus on individual specialty units in eight to twelve week intervals.

“I essentially see all of the specialties each week which has shown me how intertwined they really are,” stated Liu. “From this, I’ve learned to approach the patient as a whole person.”

Liu is working with patients and mentor physicians in internal medicine, family medicine, surgery, pediatrics, and obstetrics and gynecology. She also spends time with LincolnHealth emergency department physicians and hospitalists and two psychiatrists in Brunswick.

The TUSM-MMC Maine Track Program aims to address a critical shortage of physicians in rural Maine by bringing students with an interest in rural medicine to communities where they can develop the relationships which hopefully will lead them to return after they have completed their training.

This is the sixth year of LincolnHealth's participation in the TUSM-MMC Maine Track Program. The first class of students who spent the nine-month program at LincolnHealth are now in their residencies.

“The innovative longitudinal curriculum provides a more realistic understanding of the intricacies, benefits and difficulties of both providing and receiving care in a rural setting” stated Heather Wolfe, MD, LincolnHealth’s Site Director for the program. “We hope these experiences will assist our students in the future as they both shape and provide healthcare in our Maine communities.”

Practicing medicine in a rural area interests Liu because she likes getting to know the patients, which does not always happen in bigger cities.  “Here at LincolnHealth I feel as if every day, one of the physicians will say ‘Oh, this patient is my neighbor’ or ‘I know their children,’” said Liu.

Originally from Albuquerque, New Mexico, Liu was originally drawn to Maine for her undergraduate studies at Bowdoin College because of the state’s abundance of outdoor opportunities and the college’s well-regarded pre-med program. She was excited to come back to Maine for the TUSM-MMC Maine Track Program.

“I can really see myself practicing at a place like LincolnHealth. I think I would be really happy” stated Liu. Where Liu practices will largely depend on the specialty she chooses.

Ryan Hall, who is originally from Jefferson, is also completing his nine-month clerkship at LincolnHealth. Hall and Liu will spend the majority of their fourth years of medical school at Maine Medical Center and will then complete a 3-5 year residency in the specialty of their choosing.

LincolnHealth President Announces Retirement Date
Jim Donovan, who has been with MaineHealth from its beginning, will depart in March.
Read More

New Infusion Center Open at LincolnHealth
Patients who require infusions and other types of intravenous therapies can now receive them in a newly designed suite.
Read More 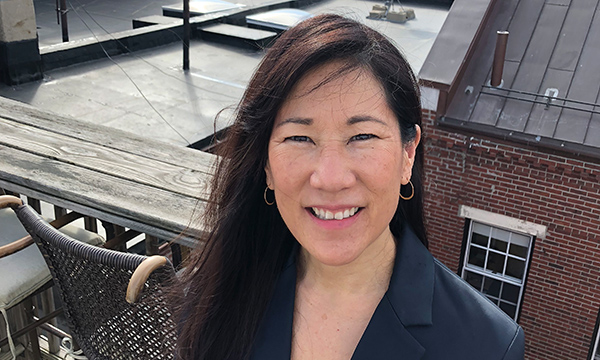