What You Should Know About Varicose Veins 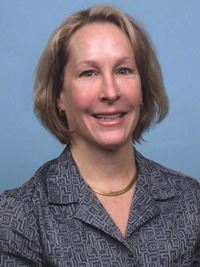 Looking for relief from leg pain or other health issues caused by varicose veins?

Today’s laser therapy is scientifically proven to give the best results.

Listen in as Mary Fahrenbach, MD discusses how laser surgery gives superior results, quick recovery and many other advantages for the treatment of varicose veins.

Download podcast (.mp3)
Melanie Cole (Host):  Looking for relief in leg pain or other health issues caused by varicose veins? Today’s laser therapy is scientifically proven to give the best results, better than radio frequency treatment, better than surgery. And many insurance plans cover this treatment offered by MaineHealth Cardiology. My guest today is Dr. Mary Fahrenbach. She’s a cardiologist with Maine Medical Partners. Welcome to the show, Dr. Fahrenbach. Tell us a little bit about what are varicose veins. What causes them?

Dr. Mary Fahrenbach (Guest):  Well, varicose veins are a pretty common problem. They are seen in both men and women. The major risk factor for the development of varicose veins is family history. The valves in some of the larger veins can degenerate a little bit over time. That’s made worse by conditions of being very overweight in women, multiple pregnancies, occupations where you stand on your feet or sit for long periods of time. If those valves begin to degenerate, there is a backflow of blood down the leg where normally the blood is directed up towards the heart. Sometimes it is a problem with vein wall just being weaker—again, probably due to some of the support structures of the vein that are less robust and some people with family history compared to others. The end result is excess pressure in the lower extremity, in the leg, that then causes the veins to dilate and then that results in symptoms of fatigue and tiredness, and then the bulging veins, of course, you see.

Melanie:  Who is at risk of getting varicose veins?

Dr. Fahrenbach:  The most common risk factor is family history. If your mother, parents, grandparents had varicose veins, you are at higher risk for developing them. Other risk factors include multiple pregnancies, obesity, smoking, believe it or not. Sometimes it can be due to trauma. We were just discussing a patient earlier who got hit by a hockey puck and now has a large varicose vein that we’re going to treat. Also, prior blood clots of the veins or the deep vein thrombosis. If you had that condition, that can lead to varicose veins in the future.

Dr. Fahrenbach:  Well, I think what people commonly call a varicose vein is that very obvious, large, bulging vein that you see in people walking around. Most people I guess would say that is a varicose vein. However, I think the best way to think about this is varicose vein disease is a spectrum. On one side of the spectrum, you have spider veins and what we call telangiectasia. Now, admittedly, some of those can be related to high levels of estrogen there tend to be in premenopausal women that may not be related to any underlying problem with the circulation, so to speak. Again, think of it as a spectrum. On one side you’ve got the purple veins, the spider veins, and on the other side, you have large varicose veins. You have people with skin ulceration, people that have phlebitis. You’ve probably all seen patients with a kind of brownish tinge to the skin, they get very flaky and kind of contracted looking. That’s the most extreme side of the spectrum. It’s all potentially part of the same underlying pathophysiology, which is venous hypertension. So excess pressure, excess venous pressure in the leg is what results in all of these abnormalities that you see.

Dr. Fahrenbach:  Well, the best thing to do is exercise. Part of the way the blood gets out of the leg is through the action of the calf muscles. If you are an avid walker or runner, even if you have some of that leaky valve problem that we talked about, even if there is excess pressure building up in the leg, you can overcome that a lot of times if it’s not too far gone with activity. Exercise is very good. Wearing some type of compression sock is good, even the ones that the runners wear now, the knee-high socks. Those things will be considered conservative therapy. If that’s unsuccessful, then typically the next step in the workup would be to do an ultrasound exam of the leg. The ultrasound exam allows us to look at the source of the veins that you see on the surface. In other words, if you have a large, ropey vein, there may be a leaky vein or veins whose valves aren’t closing completely, a little bit deeper in the system that’s causing what you see on the surface. The ultrasound allows us to pinpoint the cause, and it doesn’t automatically mean that you need to go off and get the laser procedure done or some sort of surgical procedure done. That really is dependent upon symptoms. If you have the typical achiness and heaviness in the leg that’s affecting your quality of life, that would be reason to get it treated. There are some people that has recurrent bouts of an inflammatory condition called phlebitis that’s very painful. That would be reason to be treated. There are some people, believe it or not, that nick themselves, like women nicking themselves if they shave their legs. They can have significant, although not life-threatening, but significant enough bleeding that they go to emergency room with that. That would be a reason to get treated. Then of course, there are the extreme cases who have true ulceration of the skin, and right down that would be a reason to be treated. Again, for most of the people that we see, an initial trial of conservative therapy is what’s recommended. However, the conservative therapy, particularly the stockings, can be difficult for a lot of people to comply with, particularly if they have arthritis of the hands and they have difficulty to getting the stocking on. That’s why many people eventually tend to come to some sort of procedure because the procedures are much easier than they used to be. We rarely do the stripping procedure. There was the surgical procedure done. Most of them are done in the office now.

Melanie:  Tell us about the procedure called endovenous laser ablation. And what does that involve?

Dr. Fahrenbach:  Well, the laser ablation procedure is a procedure that is specific to treating some of the larger of the so-called superficial veins. To be clear, there are superficial veins, which there are many. Some of the larger superficial veins have valves in them. For instance, one that’s commonly treated is the vein called the greater saphenous vein that begins from the inner part of the ankle and goes up to the groin. However, there is one set of deep vein. The deep veins are the main conduit of blood up to the heart. We don’t do any procedures on the deep veins, because there’s only one set of them and you don’t want to mess with them. The superficial veins have enough capacity such that you can eliminate a vein that’s abnormal—meaning has that leaky valve problem and the blood gets rerouted into healthy veins. The laser procedure is typically done on the greater saphenous vein. It’s done in the office. It involves inserting a small tube into the vein using ultrasound guidance and then injecting some numbing medicine around the vein, inserting a laser into the tube, and then using the heat of the laser to damage the inner wall of the vein that you want to close down, so the abnormal vein. As you are withdrawing the laser catheter backwards out through the vein, it’s essentially heating the vein closed behind it so that vein no longer leaks, if you will. You stop that backflow of blood down the vein and therefore alleviate the high pressure, that venous hypertension, and by alleviating the pressure, people feel better. The heaviness and the fatigue, the cramping at night, the itchiness, those are the sort of things that improve after you shut off that abnormal vein. But it is a walk in/walk out procedure, so it takes about an hour. You walk in, do the procedure, we put a stocking on, and then you are free to walk out. It doesn’t involve any IVs or a hospital visit or anything like that.

Melanie:  That’s fascinating. And what is recovery like? And then tell the listeners why they should consider coming to MaineHealth Cardiology for their varicose veins.

Dr. Fahrenbach:  Good point. The recovery is very easy for most patients. Now, there is some minimal bruising. There is some minimal discomfort, but the discomfort is typically treated with -- we recommend that people take ibuprofen or anti-inflammatory medicines. For people that can’t take that, Tylenol. It would be very unusual to need more than that to control any discomfort. The followup involves a repeat ultrasound in 48 hours to make sure that the vein we’ve treated is closed, meaning the procedure has worked, and there is no evidence of a deep vein thrombosis. The one potentially serious complication of the procedure, which is very rare—I usually tell people about 1 percent of the time—would be the creation of blood clots that then propagate then to the deep vein. But that’s the reason we bring people back in 48 hours, to make sure there’s nothing like that going on. That’s very rare. After that, we usually see somebody in a few weeks to see how they’ve healed up, maybe three to four weeks. Sometimes, people have residual veins that need to be treated. For instance, if somebody has a large bulging vein for 20 years, even if you did the laser, that vein has been so stretched out it’s really not going to shrink bank to normal, so then we typically will go on and do another procedure called the phlebectomy, which is done in the office where we anesthetize the surface of the skin with a local and you can just literally make a few nicks in the skin that don’t require any sutures. You can remove large bulging veins, which is very successful in relieving the symptoms from this residual large vein. The reason you should come to MaineHealth Cardiology is obviously we are cardiovascular medicine specialists. We want to emphasize the vascular part of cardiovascular. There are times where people are sent in for discomfort in their legs, when the problem isn’t varicose vein disease. They’re arterial vascular disease and some other cause. We also have expertise in the arterial vascular part of the system. Really, that’s why we feel we’re well-equipped to handle any of these problems.