What You Don't Know About Male Incontinence 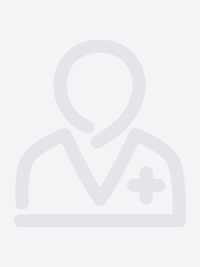 It’s estimated that more than 5 million men in the United States suffer from bladder problems and incontinence.

Often, men are uninformed about this topic, and the challenges it can present.

While prostate removal for cancer treatment is one of the most common causes, other conditions can come into play as well, such as neurological disorders, diabetes, or spinal injury.

Hear from Dr. R. Clay McDonough III, a Urologist, and co-director of the Maine Medical Partners Pelvic Medicine & Reconstructive Surgery Program, as he talks about this issue, its causes, and ways that treatment can improve a patient’s quality of life.

Download podcast (.mp3)
Melanie Cole (Host):  It’s estimated that more than 5 million men in the United States suffer from bladder problems and incontinence.  Often men are uninformed about this topic and the challenges that it can present.  My guest today is Dr. Clay McDonough.  He’s a urologist and co-director of the Maine Medical Partners Pelvic Medicine and Reconstructive Surgery Program.  Welcome to the show, Dr. McDonough.  So, male incontinence:  something that men never want to mention, they don’t want to hear the words and they certainly don’t want to go see a doctor about it. What would signal a man to really have to go and have his wife shove him in to the doctor to see you?

Dr. Clay McDonough (Guest):  Well, certainly male incontinence, and incontinence in general in men is almost a dirty word.  It’s something that a lot of folks don’t want to talk about.  It’s a more prevalent problem than a lot of patients realize.  It’s just a question of the patients getting over the hump of wanting to talk about it.  We certainly have plenty of treatments available for all of the various causes.

Melanie:  What are some of the causes if a man is suffering from prostate cancer and he has his prostate removed?  We hear that one of the major side effects is going to be sexual dysfunction and incontinence.  Aside from that, what might be some of the other causes?

Dr. McDonough:  Certainly prostate surgery is probably the biggest culprit that we have.  That’s not necessarily just for cancer removal.  It can be a side effect of other urologic procedures, unfortunately.  But aside from that, just the very common problem of benign prosthetic hyperplasia or enlarged prostate if very severe can lead to incontinence.  There’s a couple types we see with that.  Sometimes the bladder is significantly overactive as a result of it being obstructed.  Also men can, unfortunately, trap a little bit of urine in the prostate as a result of it being enlarged which can lead to fairly inconvenient and annoying dribbling after voiding which can be very bothersome to patients.  Another common cause is a history of stroke.  Certainly, the changes that occur with the brain, unfortunately, can regulate how the bladder works. Even if they don’t have any other residual sequelae after the event, it can lead to some very distressing urge incontinence afterwards.  Endocrine problems, as well--diabetes for instance. People often hear about the cardiovascular problems of diabetes and the neurologic problems with regards to neuropathy in the hands and feet, for example. That same type of neuropathy can affect the bladder and lead to incontinence as well.

Melanie:  So, men don’t want to talk about it.  That’s true.  If they do decide that they need to seek treatment, what is the first thing you ask them?  What do you do for them as a first line of defense?

Dr. McDonough:  The first thing to do is to really figure out what exactly they are doing when they leak.  Incontinence is a fairly complex situation in the sense that it’s a very broad term.  It doesn’t mean a lot in and of itself, other than “I leak.”  But, it’s very important for me to characterize what exactly is happening when the person leaks.  That’s really the biggest part of that first history taking with that patient is to understand the circumstances.  The person that leaks when they cough or sneeze is a lot different than the person who has to race to get to the bathroom or they’re going to basically dump their whole bladder content, which is different from the guy that voids and dribbles a little bit afterwards.  It’s amazing how much information I can get without launching into giant, invasive testing, that I can get just talking to the patient and getting them to characterize exactly what’s happening.

Melanie:  What do you do for them?  Women, we hear that we’re supposed to strengthen our pelvic floor muscles and do our Kegel exercises.  Can men do them as well?

Dr. McDonough:  Certainly.  Men can definitely benefit from Kegel exercises.  Kegel exercises do a couple different things.  One is, it’s going to strengthen the pelvic floor, obviously. It’s going to work on tightening that urinary sphincter; it’s going to work on decreasing the reaction time so that sphincter can close appropriately.  In addition to that, that whole act of just sort of tightening up the pelvis is relatively hard-wired into our brain to, basically, also send signals to the bladder to say, “This is not the time that I need to go.”  If any of us have the urge to go, if we’ve had the 32-ounce Coke at a movie, we need to urinate before the last 10 minutes is over and we don’t want to go, we tighten up our pelvises and that basically makes the urge go away.  Doing the Kegel exercises helps to reinforce that.

Melanie:  What other treatments?  Men don’t want to depend on Depends and they certainly don’t want to have to try some of these things that might be embarrassing if they’re caught in public doing them.  What kind of treatments are there? Medications?  Are there interventions?  What do you do?

Dr. McDonough:  It depends on the situation.  For the folks who have BPH or obstruction, if it’s clearly that’s what it is--and we may need to do some testing to figure that out--but if it’s clearly obstruction, then we can treat that obstruction.  The bladder has to work hard to get urine past an enlarged prostate and then process can often become irritable.  If we remove that obstruction in some way, that can often make those symptoms better.  That’s probably the most that I see outside of the post-prostatectomy population.  That may vary from just taking some basic medicines that we would treat your average enlarged prostate patient with, something like what we call an alpha blocker, a 5-alpha reductase inhibitor.   They are all about sort of opening that prostate so that bladder doesn’t have to work as hard.  However, sometimes we need to work on the bladder as well.  There’s certainly an entire battery of medications that we have that are available.  Anticholinergics are one family of those that are designed to essentially prevent a lot of those signals to contract from going into the bladder.  There’s also a new class of medications that’s come out recently called “Beta-3 agonists.”  There’s only one available at the moment.  It’s actually more of a direct signal to the bladder to relax.  It accomplishes the same thing, just from a somewhat different tact.  If medications fail and we’re dealing with overactivity that’s not involved with obstruction, say, somebody that has a history of a neurologic disease, for instance, there are a couple of options we have available along those lines as well.  Normally, we are going to try medicines first.  If they don’t work, then we have neuromodulation which is stimulating the nerves that go to the bladder with electricity.  It’s not well understood how that works.  We’ve been doing it since the 1980’s, so we’ve definitely proven it’s safe.  There’s a couple of different ways of delivering that, either through a surgical implant that we put into the spine or through an office based therapy where we put a small needed electrode near the posterior tibial nerve in the ankle and send signals in that way. In both of those cases about 2/3 of patients with overactive bladder type symptoms of which urgent incontinence is a cause, in both of those populations, about 2/3 of patients are going to demonstrate at least 50% improvement.  In addition to that, we have Botox injections into the bladder.  Those have been around really since the early 2000’s but only in the past couple of years have been approved by the FDA have been approved for use.  We do a fair amount of Botox injections as well.  It’s a nice option for folks that don’t want to deal with the electrical therapy but it does require treatments one or two times a year generally to maintain the benefits.

Melanie:  Dr. McDonough, do some of these treatments you’re describing increase the risk for sexual dysfunction?  Do these things go together and might that be a reason that some men hesitate to do anything about this?

Dr. McDonough:  No.  They shouldn’t be tied together at all.  At least none of the treatments are going to necessarily impact upon that.  Now that being said, if we’re talking about, say, an enlarged prostate, for instance, and we’ve done all the medicines and we start talking about doing, for lack of a better term, a Roto-rooter on the prostate, there are different ways of sort of removing that tissue from the inside, be it from electricity or lasers or what have you and there’s a slight risk of erectile dysfunction from some of those surgeries.  Overall, it’s fairly minor and shouldn’t impact upon that.  I will admit that sexual function is something that is a very common problem and it’s a fear for a lot of men and they don’t like to necessarily talk about it.  It’s often one of those, “Oh, by the way” things that gets popped up in the last 30 seconds of the planned appointment which we have to delve somewhat differently into.  There shouldn’t be any fear of that as a result of the treatment of incontinence.

Melanie:  In just the last minute if you would, Dr. McDonough, give your best advice for males suffering from male incontinence or for the females that love them and have to get them in to the doctor to seek help and why they should come to Maine Medical Partners for their care.

Dr. McDonough:  Well, in short, it’s something that we can do something about.  Incontinence is never normal.  People talk about “Well, if we get older we’re going to leak,” and that’s not entirely true.  Honestly, it is something that we have many options available for but we certainly can’t treat it if we don’t know about it. So, it’s important that they bring it up, if not to me directly as coming straight into my clinic but to their primary care doctor.  If it is something of concern, then they can send them to us and we can review all those options and get them treated so it’s not a problem anymore.