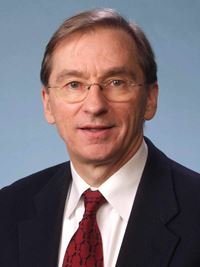 Keeping kids safe at home is a top priority.

As a parent, it is important that you know what dangers to look out for that could be harmful to your children.  From TV tip-overs, and window falls, you can prevent some of the scariest dangers to our children.

Ian Neilson, MD a Pediatric Surgeon with Maine Medical Partners is here to discuss home safety for your children.

Download podcast (.mp3)
Melanie Cole (Host): As soon as children begin walking, parents and caregivers need to take some extra steps to make sure their children are safe. My guest today is Dr. Ian Neilson. He's a pediatric surgeon with Maine Medical Center. Welcome to the show, Dr. Neilson.  What do you see most often as a pediatric surgeon? Parents bringing their children from trauma, what's the most common injury you see?

Dr. Ian Neilson (Guest): Well, hello. We see accidents that are, in some ways, very predictable, and there are patterns that we see. For instance, we're finishing winter here in Maine, and the first humid day of the year and everybody's going to have their windows open. We do see, on that first humid day, some toddlers are going to fall out of window, be it a second-story window and they'll fall down. So, that's something that we almost know is going to come. That's one of the predictable things that we will see.

Melanie: So, let's start with that one, then. The windows, and as people open up in the spring, are screens a sufficient enough barrier, or no, not really?

Dr. Neilson: Not really. Two- or five-year-olds are going to go right through a screen and the screens may not be very well secured or maybe there's not even a screen on, yet.

Melanie: So, what is a parent supposed to do if they don't want to turn on their air conditioning, but they want to open up windows and get that fresh spring air in, what are they supposed to do?

Melanie: Wow, that's great advice. What a great idea to put the pin in there so that it just can't open wide enough for a child to fit through. And, what else do you see?

Dr. Neilson: Well, another thing that's become a really major problem is burns from microwave ovens. This wasn't a problem when I was a kid but everybody has a microwave now and people don't realize how hot water can get in a microwave. It doesn't look like it's boiling, and yet, there aren't bubbles there. It is boiling water, the container's cool, and yet the water inside is very, very hot. We've had kids that are as young as five that are working the microwave by themselves, taking their soup out, and then it sloshes over on them and they get a scald burn on the arm. This is really common all year 'round, but it seems more common in the wintertime.

Melanie: So, what age are you seeing that with teenagers as well, because they like to microwave their stuff now on their own and they feel like they're little adults. So, what age will you tell us to be careful for this?

Dr. Neilson: It's always the young child that's between two and five years of age and whether they just the caregiver is just taking something out of the microwave and the child reaches up on a counter and pulls it or they're trying to get into the microwaves themselves to do something.

Melanie: So, we really shouldn't be letting our children that age, the younger, the two-to-fives, even really near the microwave? What do you want us to do? I mean, some parents think it's kind of neat to teach their kids how to do this stuff young.

Dr. Neilson: Yes. They shouldn't and just like the working oven or stove, they need to have it protected--higher than just on a countertop.

Melanie: Okay. So, what else are you seeing? We were even talking about right now in the media we hear more and more about TV tip overs and these tables people are putting these big televisions on now. What do you want parents to know about that?

Dr. Neilson: Yes, this is a nationwide problem. This is huge. People don't know about it. I confess, I didn't know about this until I went to a meeting about 10 years ago and heard this paper on TV trauma and I didn't know it was a problem and it clearly is. These TVs are huge, they're heavy, even the old TVs, they're front-heavy. Kids will go up to the TV and they'll climb up, if it's on a chest of drawers, they climb up the chest of drawers to get the TV and then everything topples over and the TV will land on them and crush their face or their head. I think the real reason is these kids are smart. They all play the smart phones, they know if they touch that screen, something's going to happen. These young toddlers are two years of age, or three years of age, and they know if they can get to that screen, something magical is going to happen, so they're going to go up and try to touch that screen. In doing so, the TV's going to topple down and land right on them.

Melanie: Wow. I mean, people are putting their televisions up on fancy things and up high so they can see them and is bracketing sufficient? What do you want us to do about this?

Dr. Neilson: Ideally, you put it a wall mount on a bracket, but you know, those wall mounts are expensive and I've put them up and they're hard to install. TVs are heavy. Most people don't use them. They just put the TV on a low table, coffee table, or chest of drawers. It's fairly simple. They don't fix it to the wall. Places that have earthquakes, they'll fix everything to the wall with earthquake straps, so that certainly works. Most TVs have a little indent in the back on the stand that you can knock that indent out and screw the TV right to the table. That works really well. Unfortunately, at point-of-sale, people aren't educated and there's no real community awareness that these TVs are big and they're falling on our little kids. I think that nationwide,  one child dies every three weeks in a TV tip-over across this country.

Dr. Neilson: We see one or two kids a year with very serious injuries at our hospital from TV tip-overs.

Melanie: Wow, that's very scary. Now, I'd like to ask you, also, about another thing that might require surgical intervention and we hear about these batteries, and button batteries. How would you know if your child has ingested one of these and, if they do, is that a surgical necessity? What happens in that case?

Dr. Neilson: It is an emergency because even if a battery is a dead battery, they still leach out some of the toxic poisonous compounds within them. If it's a live battery, there's a current set up and the current causes inflammation and the battery gets stuck. So, if there's a missing battery around, and you child is gagging, they may have swallowed a button battery. That is an emergency. They need to be seen in the emergency room and an X-ray taken to see if a battery is, indeed, there. Then, we go after it and the sooner we get it out, the better it is.

Dr. Neilson:  Anywhere where there's been a device that uses those batteries and somebody's taken them out. Sometimes, it's in the back of a sofa cushion, where we find nickels and dimes; sometimes just on a countertop; sometimes on the floor.

Melanie: So, I'd like to get your last, best piece of advice for parents. In just sort of general, all these scary things, Dr. Neilson, are so scary for parents, especially new parents, and so please give your best advice and what you tell parents so that they can avoid coming to see you in the surgical room.

Dr. Neilson: Think twice. Wear a helmet. Use car seats--all the general stuff that you have to do. You have to watch your kids 24/7 to keep them out of harm's way.

Melanie: It certainly is and tell us a little bit about your team at Maine Medical Center.

Dr. Neilson: Well, we have a Level 1 Trauma Center for the state; Level 2 for kids under twelve. We've got four pediatric trauma surgeons and two nurse practitioners. We see just well, everything that comes to us from burns to blunt trauma. Fortunately, in Maine, we don't have much penetrating trauma but we just see about everything.