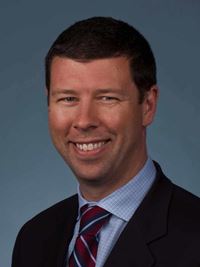 Thousands of folks visit our nation’s Emergency Departments each year after suffering a fall and fractured hip.

For many of those patients, the more effective treatment, both health and cost-wise is to undergo minimally invasive Anterolateral (ann-tare-oh-lateral) Hip Replacement, rather than be treated as a fracture / trauma patient.

Download podcast (.mp3)
Melanie Cole (Host):  Every year thousands of people visit our nation’s emergency departments after suffering a fall and a fractured hip. For many of those patients, the more effective, treatment both health and cost-wise, is to undergo minimally invasive anterolateral hip replacement rather than be treated as a fracture or a trauma patient. My guest today is Dr. Adam Rana. He’s a fellowship trained orthopedic surgeon at Maine medical center. Welcome to the show, Dr. Rana. So tell us a little bit about hip fractures. What's involved, and then what are the treatments?

Dr. Adam Rana (Guest):  Well, thank you for having me in the show today, Melanie. In terms of hip fractures, the hip fracture is when someone falls, landing onto their side, and breaking a portion of their hip. It can either be the neck, or trochanteric region of their hip. Those patients that fall and break what's called the neck of the hip oftentimes do require surgery. Sometimes that surgery can be in the form of screws placement to stabilize the fracture, sometimes it can involve half a hip replacement or a hemiarthroplasty, and sometimes it requires a total hip arthoplasty.

Melanie:  So tell us a little bit about what would predispose somebody to needing a total hip arthroplasty versus this anterior way. And which way gives a better recovery time?

Dr. Adam Rana:  So in terms of total hip arthroplasty, we do total hip arthroplasties after hip fractures, and people in their 50s, 60s, 70s and those in their 80s that are physiologically younger, if you look at the studies, people do better with a total hip replacement after a femoral neck fracture. In terms of the approach to do the procedure, there are different ways to do the approach. One is traditional or posterior approach, where you cut through muscles and repair the muscles at the end of the procedure. The other option is one that we’ve pioneered here over at Maine medical center in terms of muscle-sparing interior lateral approach. This is the advantage d of going around the muscle groups performing hip replacement which results in less pain, earlier mobility and no hip precautions following the surgery.

Melanie:  Dr. Rana, tell us a little bit about the anterolateral approach. What's involved as far as getting ready for it? Is there something you like patients to do? Do they rest before, do they work their hip a little bit? Is there anything that they need to know before they would consider this type of treatment?

Dr. Adam Rana:  So in terms of the particular approach, the anterolateral approach, as I mentioned, it’s an approach going in between two muscle groups, and we can do it either for people that have osteoarthritis, whether that’s somebody that’s an elective procedure -- so prior to surgery, I like people to be conditioned as possible. However, in the hip fracture population, nobody prepares themselves to have a hip fracture, so those individuals don’t have the time to prepare for surgery. However, what my approach is is after surgery, I try to treat both patients the same. Following the procedure, we have patients get up and walk with the walker a few hours after surgery. I think it’s important mentally and physically for people to be reassured that a) they have a stable hip, and b) that they don’t have pain once they're ambulating after the surgery. The pain that they will be experiencing is from the incision and not from the fracture, so if it’s a hip fracture case or the groin-related pain in the osteoarthritis-related case.

Melanie:  So a benefit of leaving the muscles intact, does the joint have more stability after the surgery doctor?

Dr. Adam Rana:  Yep. So along the lines of the stability of the hip joints, since we keep the muscles intact the stability of the hip joints is improved. If you look at the orthopedic literature, the studies show less than 1 percent risk of dislocation with the anterolateral approach, whereas the literature has anywhere from 2 to 4 percent dislocation rates with the traditional posterior hip replacement approach.

Dr. Adam Rana:  So that’s a good question Melanie. In terms of the approaches, there's the traditional approach I would say was performed approximately 60 percent of the time in the United States if you look at the averages. The direct anterior approach, which is another muscle sparing approach is approximately 20 to 30 percent of the time and the muscle sparing interior approach actually has a small segment, sub-segment of the total hips that are done—probably 5 percent of cases. And there's another anterolateral approach which does cut through muscles that I'm not referring o to right now, but that makes up about 10 to 15 percent of the total hips that are getting done. In terms of who is a candidate for the muscle spare approaches, the one that we do here at Maine Medical Center, the anterolateral approach is one that I have found to be pretty much universally applicable to my patients. I don’t have to select out patients that are too large, I can’t do this type of approach on all of my patients whether they're hip fractures, whether they're small people with osteoarthritis or larger people with osteoarthritis. And in terms of why it’s not being universally used, a) It’s a little more technically demanding, I believe, and there’s a learning curve that’s associated with it, so it can be challenging for certain surgeons that are more comfortable with the traditional posterior approach, which I believe is slightly less technically demanding.

Melanie:  So tell us about the rehab. Is there a difference for the anterior hip replacement surgery versus the traditional method? What's rehab like and how long can they resume normal activity?

Dr. Adam Rana:  So in terms of what I tell my patients after a surgery, they're all -- weight bearing is tolerated or the majority of them, their weight bearing is tolerated following the procedure. They’ll use a walker for the first one to two weeks, transition from a walker to a cane. Our patients at Maine Medical Center will stay a day in the hospital and then go home, I prefer my patients going home following surgery about 90 to 92 percent of my patients go home the day after. I think home is a better place to recover with home meals, home bed, and home amenities. We set up a visiting therapist to go the house two to three times a week the first two weeks, and then we begin outpatient physical therapy after the two-week work. I see people back at two weeks, six weeks, and three months. And in terms of the progression of their activities, they’ll wean off of the walker at the one- to two-week mark; the cane they’ll wean off it at the two- to three-week mark, and then usually by the six-week mark they're approximately 80 percent recovered, walking in most cases without a cane. In terms of resuming full activity levels, it typically occurs between the 10- to 16-week mark. It takes about six weeks to 12 weeks in order for the bone to grow into the implants that we use, so they don’t like a lot of stress being placed on the implants during the first six to 12 weeks after the procedure.

Melanie:  So how long does the new hip last? Is this something that will ever have to be redone? I guess it certainly would depend on the age of the patient, but typically with this anterior approach, is it something that’s going to last the rest of their life?

Dr. Rana:  That’s a good question. In terms of the longevity, the particular approach is not the key determinant in terms of how long the implants last. What I tell my patients is that there are three factors that determine how long the implants last. One is the surgeon putting the implant in appropriately so that biochemically there is the least amount of wear on the implants, and two and three are patient-specific factors. So, one is weight. We tell our patients to keep their weight to lower levels. And two is activity level. I want my patient to be active, I want them walking, hiking, swimming biking. I don’t want hem running long distance, such as marathons. In terms of the literature and how long the implants are lasting now, I tell my patients that there is 90 to 95 percent likelihood they’ll last 10 years, 85 to 90 percent likelihood they’ll last 20 years, and 70 to 80 percent likelihood they’ll last 30 years. But as we’re seeing with some of the materials we’re using nowadays, they are lasting longer than prior materials. So I think we’ve improved on the material front, which should in turn result in longer longevity with the implants.

Melanie:  And Dr. Rana, in just the last minute, please give your best advice for people considering a hip replacement and why they should come to Maine Medical Center for the anterolateral approach.

Dr. Rana:  So in terms choosing a hospital in an elective setting, I think there are certain keys that patients should look at for the surgeon in the hospital setting. They should look at centers that do a large -- experience is an important factor, so the number of cases that the surgeon does, you want to have a surgeon that does 200 plus hip and/or knee replacements a year, so a larger-volume hospital is important. Two is you want to look at the outcome metrics for the group.  Maine Medical Center, we pay very close attention to our quality metrics. We look at our complication rates, such as infection rates, and we have some of the lowest infection rates in the country based on a recent CMS, Center for Medicare and Medicaid Services study. Also, you want to look at the length of stay for patients. We have a 1.2 length of stay, day length of stay for our hip replacement patients, which is also significantly less than the national average is. And you also want to look at other factors such as transfusion rates, which are extremely low at Maine Medical Center. Looking at the surgeon experience and/or volume as well as quality metrics are very important when determining the surgeon and the hospital that a patient should evaluate for this type of situation.