Benefits of an ACT Team

Assertive Community Treatment teams provide intensive support to clients who may not otherwise be able to live safely on their own.
Learn More 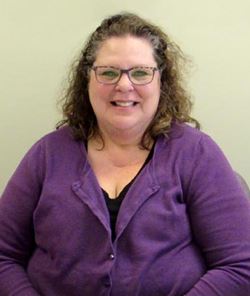 Stephanie Williams is a case manager who has been part of the Biddeford Assertive Community Treatment (ACT) team for the past four years. As an intensive community service, she specializes in treating clients with significant mental health concerns that often include substance use issues. Clients are required to have at least three contacts with their team each week, which usually include participating in a treatment group or meeting with their psychiatrist.

Stephanie specializes in substance use & case management and runs a weekly dual diagnosis group for ACT clients. “The group is really there to support each other,” she said. “We work through struggles, teach skills and learn how to set good boundaries.” The severity of her clients’ illnesses puts their ability to live safely on their own at risk, but the ACT teams play a critical role in keeping them out of the hospital. “We go to the doctors with them, take them to the local food pantry, and help them with banking and housing. My job is to help them continue to live independently.”

While some ACT clients actually “graduate” from the program, most require long-term care. That doesn’t mean they can’t make progress, however. Stephanie described one example of a client who had been referred to them after attracting negative attention for some troubling behavior in the community. “He was homeless when he came to us and refusing to take medication. Now he’s taking his meds, has housing, is working two days a week and his family even bought him a car.”

“I’ve heard nothing but great things about this team,” said Greg Perchik, LCSW, who recently became the program’s manager. Greg took the place of Linda Smith, LCPC, who is now the clinical program manager of the Integrated Medication Assisted Treatment (IMAT) program in Springvale.

Linda praised Stephanie for her helpfulness during the transition. “She is a dedicated employee who makes sure our clients get everything they need.”

Stephanie is humble about her contributions to the team. “If I can make someone’s life a little better, then I feel good at the end of the day.”

Assertive Community Treatment (ACT) is available to MaineCare eligible adults and children who have a major mental illness diagnosis and often co-occurring disorders. To learn more about the Biddeford ACT program as well as our ACT programs in Springvale, Brunswick and Portland, please click here.

MaineHealth reminds community: ED, Walk-In Centers and Clinics do not perform confirmatory COVID-19 tests
Community members who test positive for COVID-19 with at-home tests should follow CDC guidelines for isolation and should not come to the emergency department, urgent care or walk-in clinics for confirmatory testing.
Read More 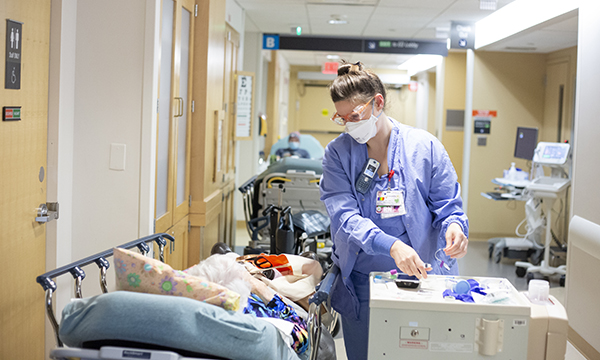