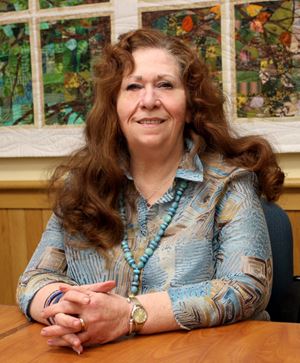 At the tender age of 17, Karen Evans began hearing voices. The voice commanded her to cover her body with lighter fluid and put a match to it. The scars that cover her body from that incident are minor compared to the scars she carries inside. Her story bears testament to her strength and determination as an individual living with mental illness.

Though she doesn’t agree with the use of labeling, Karen was labeled with the diagnosis of schizophrenia. She believes that some of her mental health issues may be inherited but has no doubt that her environment is equally responsible. By the time she graduated from high school, she had attended 27 different schools. Her father was in the army, and often gone for long periods of time. Her mother, sick with depression over a younger child she had felt forced to put up for adoption, could no longer care for Karen or her twin sister. There was never any bonding, and often, there was desertion and abandonment. Karen spent her youth shuffling between relatives’ homes, foster homes and orphanages. The abuse, physical, sexual, and mental, that each new placement brought, never ended. In her late teens, when the voices began, she was placed in a number of state mental institutions.

"The horrors that then accompanied placement in state mental institutions were real. Patients were beaten, molested, and never told what had happened to the people who often just disappeared overnight. I was terrified of these places, and took to escaping whenever I had a chance."

Karen has become a passionate and well-respected advocate for those who struggle with poverty, homelessness, and/or mental health issues. Her personal experience with all of these has compelled her to speak out so others won’t go through what she did.  For more than 25 years, Karen has worked tirelessly to develop or improve services for those in need.  Her voice has had a powerful and lasting effect.

Karen was instrumental in founding the Wayside Soup Kitchen in Portland, Maine. In 1987, she brought the growing issue of homelessness to the attention of public officials by creating a “tent city” outside City Hall. She has gone to jail to call attention to social justice issues, created a bus pass program for those who could not afford transportation costs, and helped start the “Warm Line” – a phone service staffed by peers that gives individuals a place to call when they want to connect but are not in crisis.

Last year a personal quest of Karen's culminated in a memorial to the deceased patients of the former Augusta Mental Health Institute (AMHI). "I was a patient there and found a good friend dead in her room." Karen quietly explained. "We never knew where her body went and it always bothered me. I wondered how many other people had been tossed away like that." In 2000 she was instrumental in forming the Cemetery Project Committee to find out how many patients had died at the facility. "We wanted to create a memorial to recognize these people."

Today, Karen's focus remains on integration, support and recovery for those with mental illness. She believes that creating opportunities to participate in community affairs is one of the easiest ways to reduce stigma.